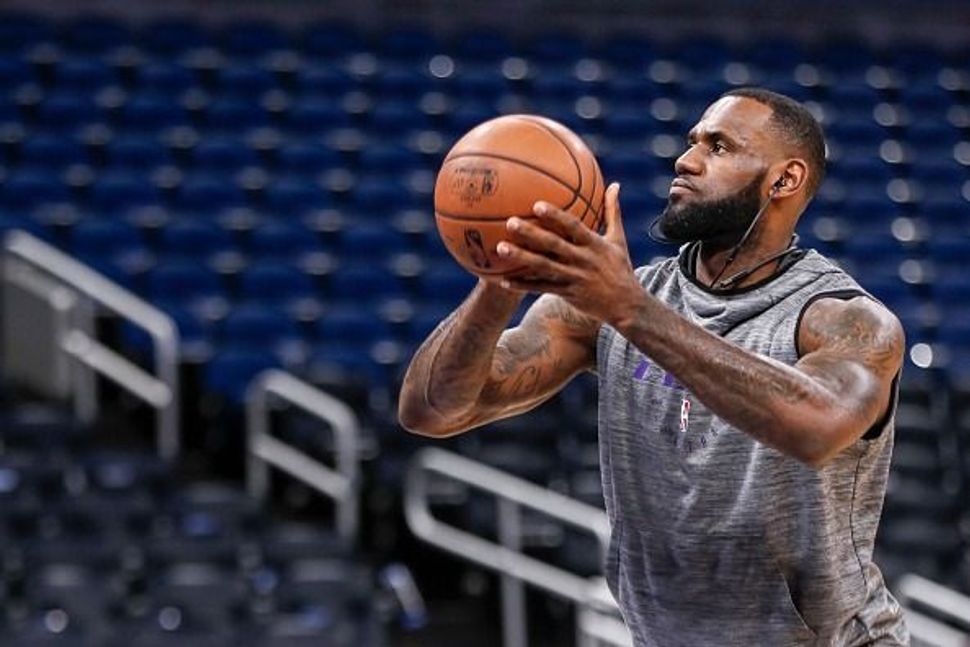 LeBron James is still grateful for his high school coach — whom he first met at his local Jewish Community Center, the Wall Street Journal reported.

After getting fired from Central Michigan University, the only coaching job Keith Dambrot could get was at the Akron, Ohio, JCC. He offered free clinics on Sundays, which soon turned into $1 a session. Then the young James joined.

“[Dambrot is] the key to LeBron’s development,” Maverick Carter, who played with James in high school and is now Dambrot’s business partner, told the Journal. “He gave him the foundation he needed to become the best player in the world.”

James, now with the Los Angeles Lakers, worked with Dambrot, who is Jewish, at the JCC before following him to a Catholic high school called St. Vincent-St. Mary.

The Journal included an anecdote James recently shared: “If you would’ve asked me what my relationship would be with my first high-school coach when I was in the ninth grade, I would have told you it would’ve been terrible, because he cussed us out every single day in practice,” James said before this NBA season. “But our relationship grew more and more, and he ended up being probably the best coach I ever played for.”

“Keith Dambrot, I love you,” he added.

Dambrot was notoriously tough on his players, including James. But now the NBA star has an extensive list of accolades to his name, including four NBA Most Valuable Player Awards, three NBA Finals MVP Awards and two Olympic gold medals.

Dambrot, now the coach at Duquesne University in Pittsburgh, is still close to James today, remaining one of the most honest people in his life, the Journal reported.

“Think about it,” Dambrot said in the profile. “You get fired at Central Michigan. And then you get the greatest player ever.”