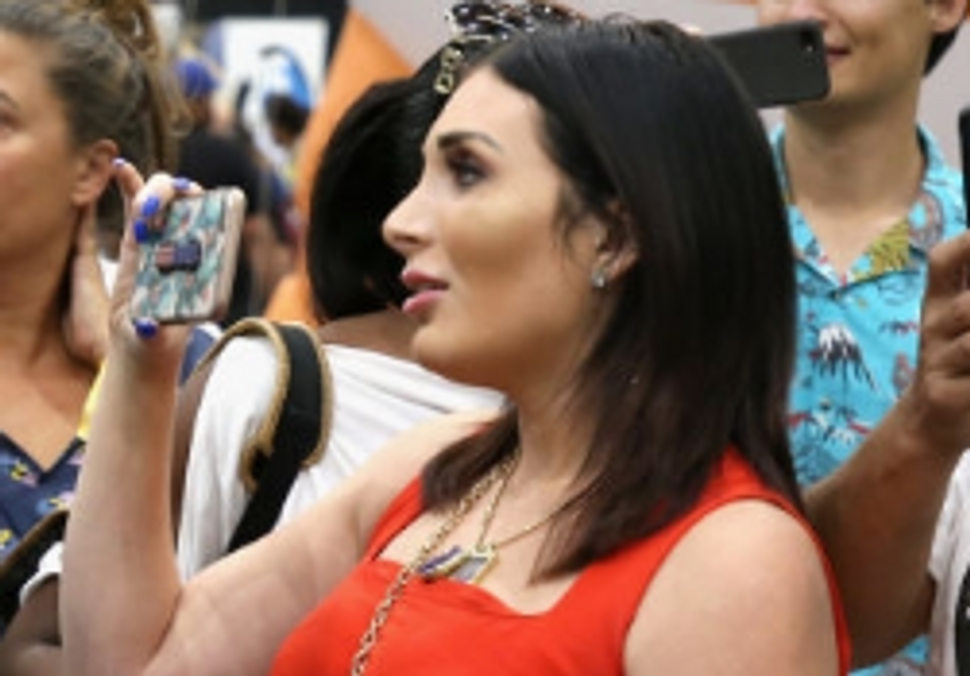 Laura Loomer reportedly donned a yellow star and handcuffed herself to a Twitter office building in New York to protest what she calls its discrimination against conservative figures.

“Twitter is upholding sharia when they ban me for tweeting facts about sharia law,” Loomer shouted on a livestream of her protest, referring to Islamic law.

The far-right Jewish activist and self-proclaimed citizen journalist is joining a class action lawsuit against major social media companies, including Twitter, which banned her as part of its purge of hateful accounts.

Loomer posted on her website Thursday that she will be a lead plaintiff in the complaint amended and filed by conservative attorney Larry Klayman.

The lawsuit is against “leftist social media companies Google, YouTube, Twitter, Facebook, Apple and Instagram under Sections 1 and 2 of the Sherman Antitrust Act for agreeing among themselves and acting as a monopoly to restrain trade and discriminate against conservatives,” her site states.

“I found it necessary to join this lawsuit to end the discrimination by big tech social media companies against Conservatives like myself,” Loomer wrote.

Yes, Laura Loomer is wearing a yellow Jewish star to protest being banned from Twitter. pic.twitter.com/S4NUz662z2

Loomer’s Twitter account was shut down last week after tweeting that Minnesota Rep.-elect Ilhan Omar is “anti Jewish” and that in her Muslim faith, “homosexuals are oppressed” and “women are abused” and “forced to wear the hijab,” NBC reported. Twitter told Loomer that she violated its rules against hateful speech.

“I’ve been silenced in America,” Loomer said in a YouTube video.

Klayman is known for being a conspiracy theorist, filing dozens of lawsuits against Bill and Hillary Clinton and submitting a petition to deport former President Barack Obama.

He is currently representing Jerome Corsi, who is being investigated by Special Counsel Robert Mueller. Corsi helped perpetuate a conspiracy theory about the death of Democratic National Committee staffer Seth Rich in 2016.