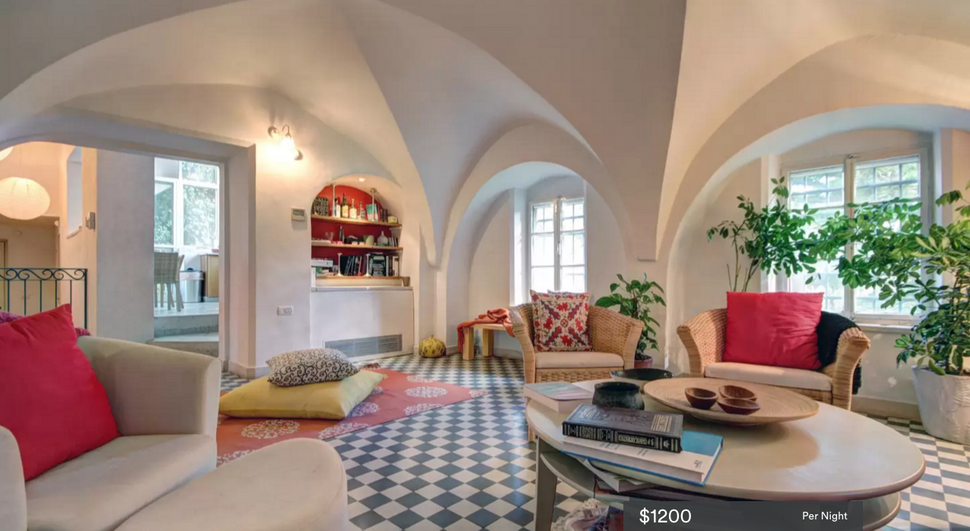 Airbnb denied claims made by Israel’s Ministry of Tourism that the hospitality company was reversing its month-old policy of banning listings of properties in West Bank settlements,.

After a meeting in Jerusalem on Monday between Israeli government officials and a delegation from the company, Tourism Minister Yariv Levin announced that Airbnb had change its mind. “This is a step in the right direction,” Levin said in a statement. According to Haaretz, Airbnb itself put out a statement in Hebrew saying “Our policy will not be implemented.”

But a later statement from Airbnb in English said previous reports were “inaccurate.”

“Airbnb expressed its unequivocal rejection of the BDS movement and communicated its commitment to develop its business in Israel, enabling more tourists from around the world to enjoy the wonders of the country and its people….Airbnb communicated that we are developing the tools needed to implement our policy and that process includes continuing our dialogue with the Government of Israel and its stakeholders,” the statement continued.

An Airbnb spokesperson told the Forward that the earlier statement was made in error.

For all those interested: Here‘s @Airbnb’s Hebrew announcement vs. the English one (“the policy will not be implemented” vs. “this is an incredibly complex & emotional issue”. I emailed their VP asking about the difference. Did not receive a straight answer yet pic.twitter.com/w6ErWCe3FP

In its announcement last month explaining its original move barring settlement listings, the company noted that most countries consider Israeli settlements in the West Bank illegal.

The move was met with an outcry not only from Israeli government figures, but also from American politicians. The state of Illinois, which in 2015 enacted a law banning state government entities from contracting with companies that boycott Israel, told Airbnb last week that they had 90 days to explain themselves or they would be put on the state government’s blacklist.

Approximately 200 of the 22,000 Israeli properties listed on Airbnb are in West Bank settlements.