Steven Mnuchin, Along With Boss Trump, Could Be Investigated By Dems 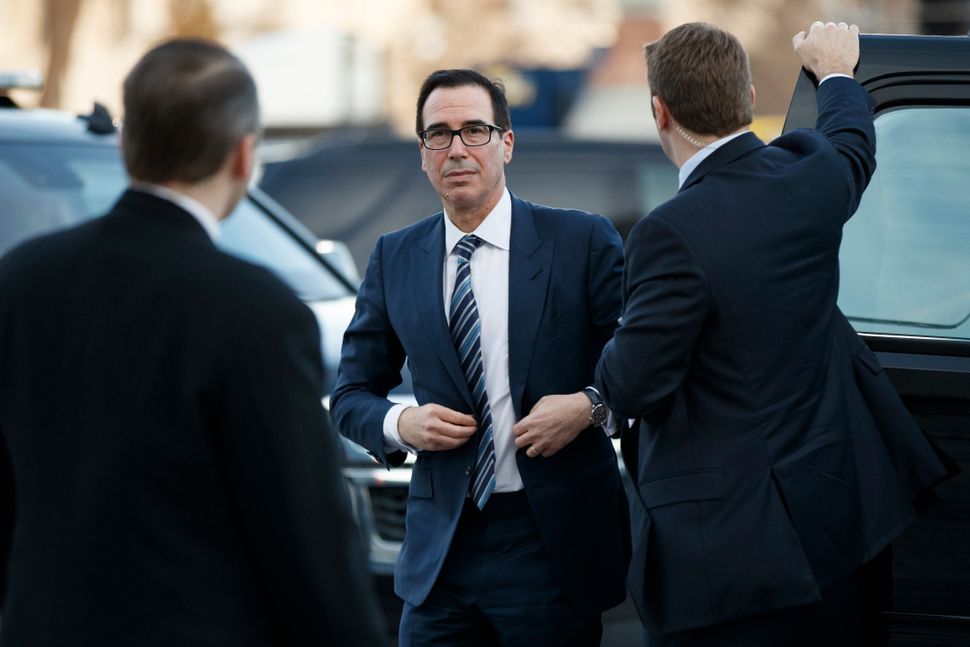 Congressional Democrats are turning their sights on Treasury Secretary Steven Mnuchin, barraging him with letters on Tuesday demanding information on the Trump Administration’s decision in December to lift sanctions on companies owned by Russian billionaire Oleg Deripaska.

Leonard Blavatnik, a major shareholder in one of the companies, is a major Republican donors. Companies owned by Blavatnik were major donors to Republican super PACs in 2016 and 2017, and donated $1 million to the Trump inauguration, according to the New York Times.

“We are seeking an explanation as to how you managed your own potential conflicts of interest arising from your personal and professional relationships with major Rusal shareholder Len Blavatnik, a key beneficiary from your decision to delist Rusal,” read one of the letters, sent by two powerful Democrats.

The Democrats also asked about alleged business ties between Mnuchin and Blavatnik.

A Treasury Department spokesman told the Times that Mnuchin and Blavatnik had no business relationship, and that there was no conflict of interest.

The sanctions against the companies were first announced in April. They were formally lifted in January, after Congress failed to pass a resolution to keep them in place.

Steven Mnuchin, Along With Boss Trump, Could Be Investigated By Dems