How Do You Pronounce Mnuchin? 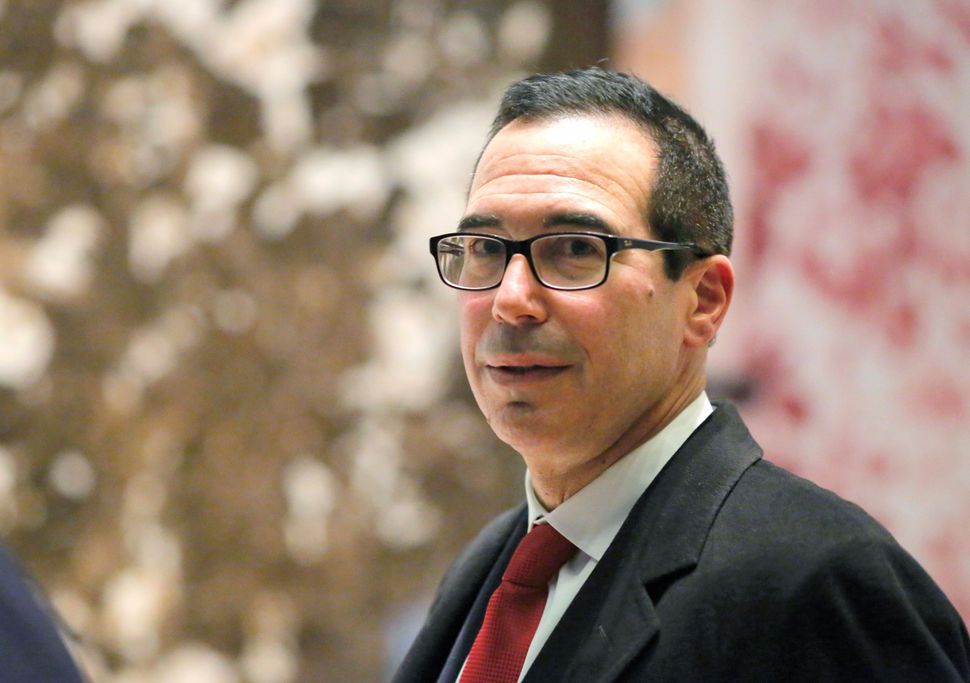 Steven Mnuchin, a longtime Trump acquaintance, Goldman Sachs executive, and Hollywood producer with no political experience, is expected to be tapped as Treasury Secretary by Donald Trump as early as Nov 30.

But the pronunciation of his name has been befuddling many in the media:

so here are a bunch of news anchors who don’t know how to pronounce Steven Mnuchin’s name pic.twitter.com/ATmsTASUaz

So, how exactly do you pronounce Mnuchin?

But how did a Jewish family get a last name like Mnuchin?

As reported in Haaretz, Mnuchin is actually a fairly common Russian-Jewish name and is probably derived from either Menachem (מנחם), a common name among many famous Jews both ancient and modern, or Menucha (מנוחה), meaning rest.

How Do You Pronounce Mnuchin?