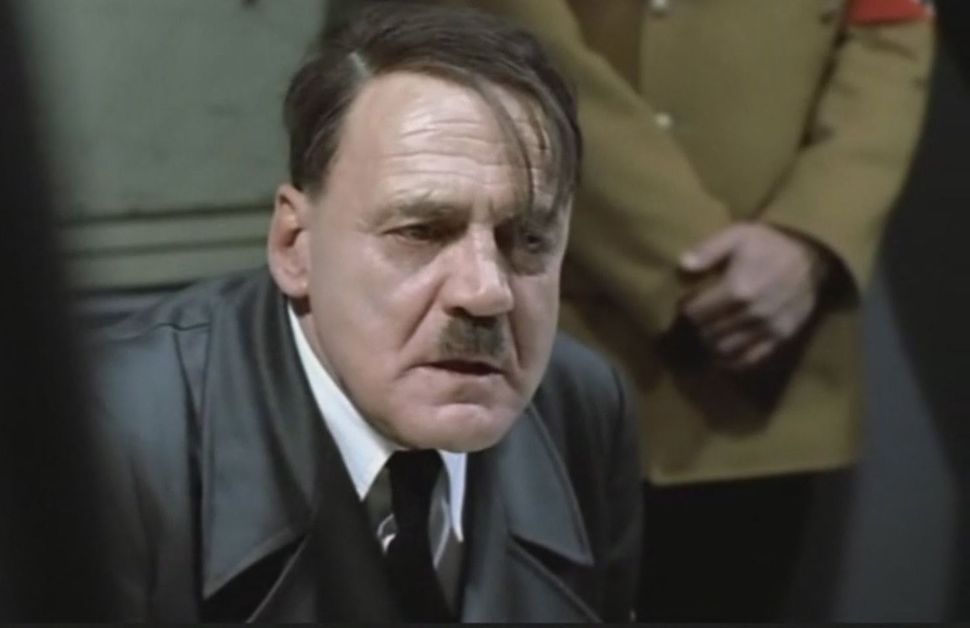 A screenshot from the “Downfall” scene that has become an internet meme. Image by YouTube

The video, created with the website “Caption Generator,” depicts the current Dallas mayor as Hitler and several mayoral candidates as Nazis, discussing the race. The video is the scene from the 2004 German film “Downfall” in which Hitler is informed that Germany has effectively lost the war. The scene became a meme after people on the internet began making up the subtitles for the German-language dialogue, creating a whole genre of “Hitler Finds Out…” or “Hitler Reacts To…” videos.

Notable examples have Hitler exploding over the 2008 financial crisis, Usain Bolt’s world record-setting 100-meter dash and finding out that the only movie that isn’t sold out is Adam Sandler’s “Don’t Mess With The Zohan.”

The Dallas politics version of the video appeared to show the current mayor and mayoral candidates reacting to the election of current Dallas city council member Scott Griggs to the office. It first appeared on Facebook on the page of a Griggs supporter, and quickly spread to several Facebook groups before garnering media attention. Last week, Griggs denounced the video.

“I have a tremendous amount of respect for Mike Rawlings, Mike Ablon, Regina Montoya and Miguel Solis,” Griggs said. “Any comparison — even as a meme parody — is highly offensive and inappropriate.”

One person who shared the video said he did not do so thinking of the Third Reich references.

“When I watch the video, I don’t think it has anything to do with who killed 6 million Jews,” said Steven Wollard. “I think it’s just a funny video.”