10 Meme Accounts That Own the #Jewish Game on Instagram 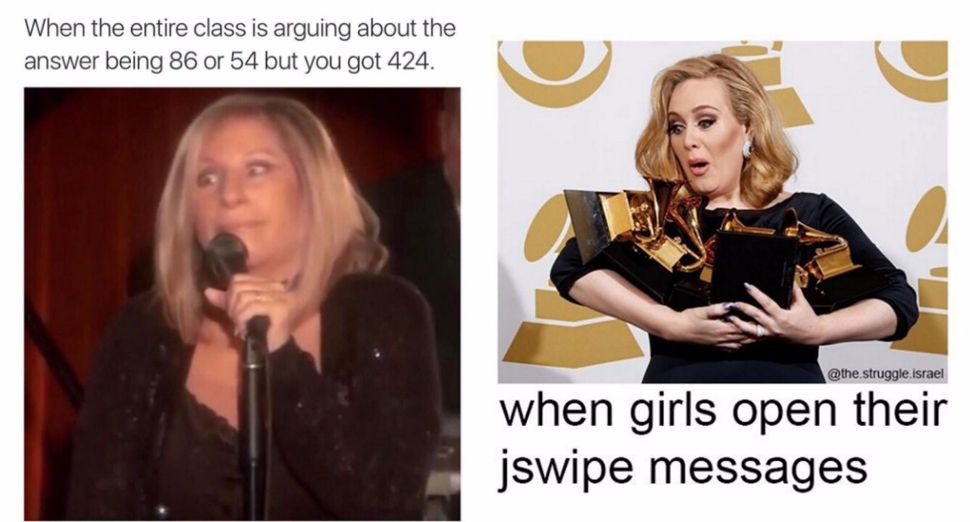 If you’ve spent any sort of time online you know that memes, or humorous images and videos that are the Internet’s version of inside jokes, dominate Instagram. But did you know that many of the funniest and most popular meme accounts are curated by Jews?

In an age where every cultural event or figure can immediately be spun into a joke, account curators amass followers in the millions, turning a hobby into a legitimate business via sponsorships and paid ads.

And with so many meme-generating websites making the process easy and uncomplicated, everyone, including you, can make a meme. Look, we did: 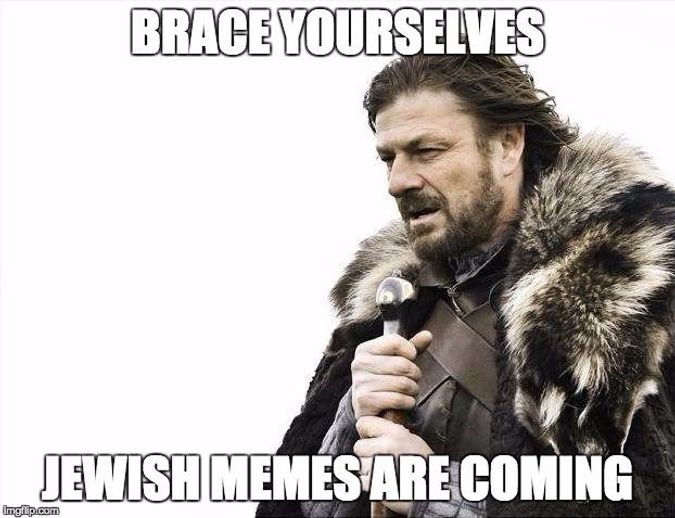 We’ve compiled a list of the funniest Jews behind Instagram’s most popular accounts:

1 & 2) The best things come in pairs, and the same can be said with Elliot Tebele’s @fuckjerry and Jessica Anteby’s @beigecardigan accounts. Between the two of them, the married couple share 11.6 million followers and are veritable Instagram royalty.

Tebele, who started F—-k Jerry as an homage of sorts to Jerry Seinfeld, grew up in the Syrian Jewish community of Gravesend, Brooklyn. His curated photos and captions, and the man behind them, swiftly rose in popularity, dominating the hundreds of similar accounts on the photo-sharing network. Plus, looks like the Seinfelds have noticed! Not bad for a college dropout who used to sell cellphones with his brother.

“This is fine. Keep doing your thing, great form.”

Jessica Seinfeld reached out Tebele to say that Jerry, the man himself, is a fan!

A former stylist, Anteby started the account on a whim and a dare from her Internet-famous husband. And if her 2.3 million followers are any indication, fans are certainly glad she did.

Get a man who can do both

3) This is one of our favorites! With the tagline “too blessed to be stressed,” @mitzvahmemes steps up the game with insider Jewish humor.

Not me or you but some people #friends

4) Josh Ostrovsky aka The Fat Jew has solidified his reputation as Instagram’s class clown and sometimes even thief. Ostrovsky’s account, @thefatjewish, has come under criticism over the last two years for stealing jokes and memes from lesser known accounts without giving proper credit, essentially making money off of poached material. But as of late the Jewish comedian from the Upper West Side of Manhattan began crediting each and every joke and is holding on strong with 8.6 million followers.

I am driving across America eating 3 meals a day at strip clubs and reviewing the food for Bon Appetit magazine. This journey happened to coincide with the Jewish holiday of Passover, so I conducted a Sedar in a Tampa Bay nudie bar called HUSH. Explaining matzah to a Cuban dancer named Illusion with a bleached butthole (I asked) was incredible. Also, the roast chicken in a honey vinaigrette glaze was delightful. Happy Pesach to Illusion and to all of you!

Holy shit it just went from American freedom fighter who ejaculates lightning bolts to a nerdy Jewish guy named Arthur who is friends with my dad, just by turning it’s head. (@federline4real)

A YO PUPPIES AND CARBS ARE ALL THAT MATTERS FAM (@karenzack)

5) No matter if you’re Orthodox or secular, @the.struggle.israel has side-splitting memes for all backgrounds and tastes. Think Drake on top of the Kotel or the great hipster v Hasid debate. They get the struggle!

All the waiting almost makes that matzoh, lettuce, horseradish “sandwich” taste like the best thing I’ve ever had

6) No, you are not mistaken, there is a whole account dedicated to Barbra Streisand and it is more glorious than you can imagine. Nothing will rain on your parade if you start your mornings with @barbramemes.

7 & 8) Claudia Oshry was just a New York University college student when she started @girlwithnojob for fun. Before she knew it, Oshry had followers from all over the world. So when Ben Soffer, her boyfriend at the time, started his own account @boywithnojob, it was only a matter of time before his account blew up as well. The boy and girl with no jobs made Instagram their job and now share 3.2 million followers. And they celebrated by getting engaged just last week! Mazel tov!

Yes, yes it is (@eatwhatever)

And 3 friends is all I neeeeeed (@masipopal)

9) If you’re a human Jewish woman, then @crazyjewishmom is the living embodiment of your relationship with your mom. We get anxiety just reading it.

10) And last but not least we have @porn4Jews, an account that aims to be, erm, titillating for Jews.

10 Meme Accounts That Own the #Jewish Game on Instagram