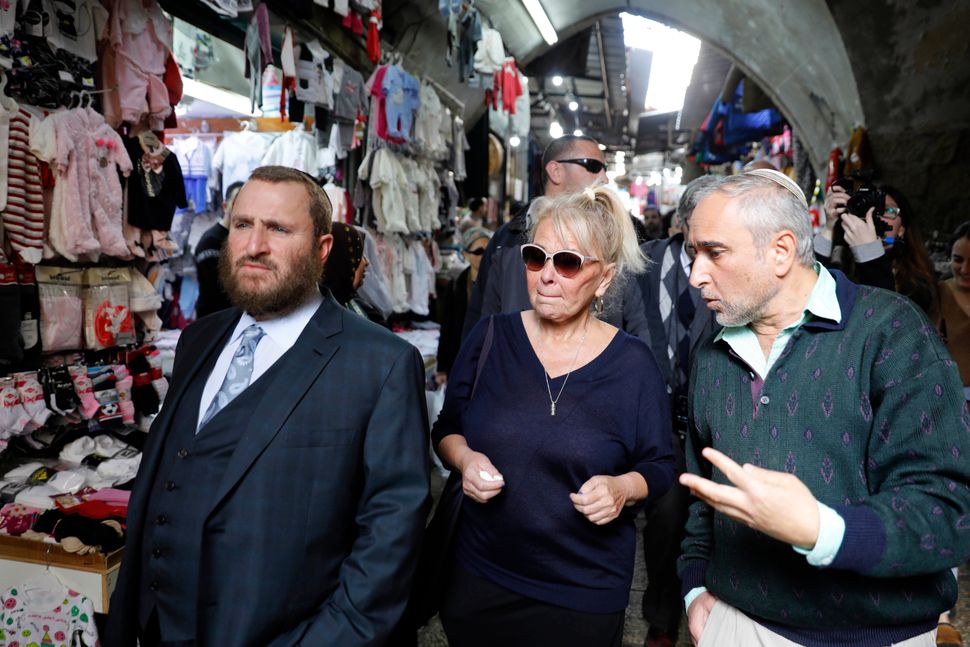 Trump administration officials, Israeli leaders, and some Arab and European bureaucrats met this week in Warsaw for a conference on Middle East security. Israeli Prime Minister Benjamin Netanyahu was there. So was Jared Kushner, President Trump’s son-in-law and advisor-at-large.

Boteach’s presence at the conference was first noted in a series of confused tweets by Middle East observers on Thursday. “Shmuley Boteach is inexplicably at the Warsaw summit and taking questions from reporters,” The Economist’s Gregg Carlstrom tweeted. “Why the hell is he at this Summit?” asked freelance Israel/Palestine reporter Mairav Zonszein.

In point of fact, it appears that Boteach was in the environs of the Warsaw Middle East Summit to speak at a panel on the event’s sidelines, alongside Jason Greenblatt, President Trump’s Middle East envoy. Someone live-tweeted the panel on Boteach’s Twitter account as it took place on Thursday evening, Warsaw time.

Discussing Israeli Palestinian Peace in Wasaw with Assistant to the President and Special Representative for International Negotiations ⁦@jdgreenblatt45⁩ who is here for the #WarsawSummit pic.twitter.com/kGJEJXmHeN

Boteach has always found his way to the sidelines of high-profile political events. But in popping up in Poland, Boteach is topping off an unusually active few months. Just days ago, he publicly attacked his old friend Senator Cory Booker in the hours after Booker announced his 2020 presidential bid. And days before that, Boteach orchestrated a relatively high-profile press tour of Israel for Roseanne Barr, whose sitcom was cancelled last year after she issued a racist tweet about a former Obama administration official.

A celebrity rabbi for more than two decades, there’s nothing new about Boteach finding the spotlight. But the rabbi has taken a political turn in recent years, running for Congress in 2012 and cultivating a close relationship with Republican donors Sheldon and Miriam Adelson, whose foundation gave his charity $4.9 million between 2014 and 2016.

Is this the start of a new chapter for this modern-day Jewish political Zelig? It’s likely Boteach will be the first to tell us.