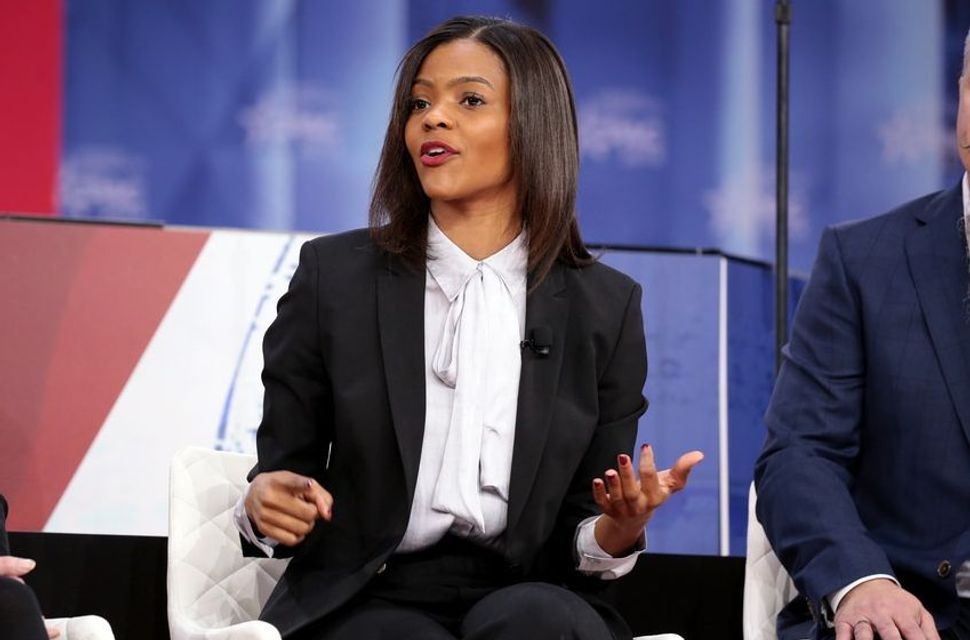 Local leaders of a rising right-wing campus group have rebuked their own director of communications over inflammatory comments she made late last year about Adolf Hitler and Nazi Germany, Right Wing Watch reported.

Owens is a rising star in far-right media and the communications director of Turning Point USA, a controversial group in its own right that has been accused of racial bias and spreading misinformation. In an appearance in the UK last year, Owens said that Hitler would have been “fine” if he stayed in Germany. In her comments, which were in response to an audience question about her support of nationalism, she claimed that because Hitler wanted to dominate the world, he was a “globalist.”

Several chapters of Turning Point USA slammed Owens for her comments, as well as her derisive statements about the #MeToo movement, in a statement Thursday. Chapters in Nebraska, Ohio and Colorado signed onto the statement.

“Turning Point USA is above this thoughtless and divisive rhetoric, and as Chapters, Presidents, and Leaders of Turning Point USA, we will no longer stand idly by as they continue,” the statement reads.

In an appearance on Fox Business last week, Owens tried to walk back her statements on Hitler. Speaking to Lou Dobbs, she falsely suggested that her original comments were actually about Hitler’s genocidal crimes against Jews.

“He was not focused on trying to bring the Germans to a better state, because he was actively killing German Jews,” she said. “He was also trying to expand, and he was an imperialist.”