Omar: Influential Americans ‘Push For Allegiance To A Foreign Country’ 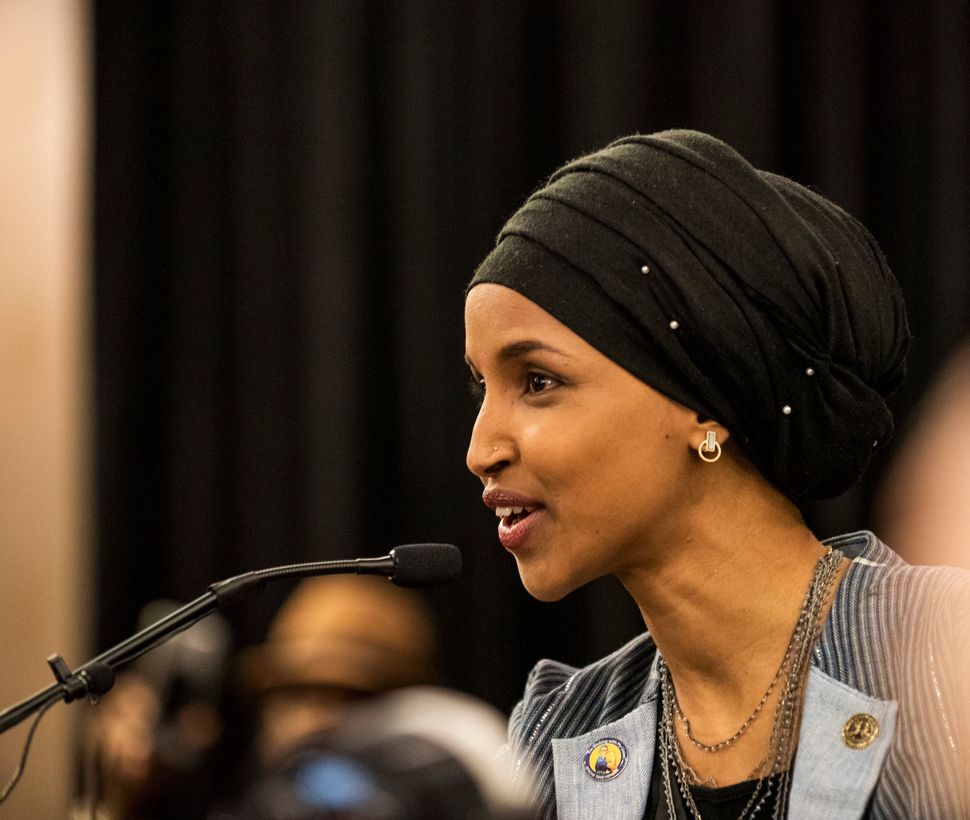 Days after she deleted tweets widely criticized for anti-Semitism, Rep. Ilhan Omar made comments that some saw as accusing Jews of possessing dual loyalties.

According to Jewish Insider, Omar said during a panel discussion at a Washington, D.C. bookstore that because she and fellow first-term Democratic Rep. Rashida Tlaib, who was also there, are Muslim, “a lot of our Jewish colleagues, a lot of our constituents, a lot of our allies, go to thinking that everything we say about Israel to be anti-Semitic because we are Muslim.”

She said that she felt “pained” when people accuse her of intolerance. “But it’s almost as if, every single time we say something regardless of what it is we say…we get to be labeled something,” she said. “And that ends the discussion. Because we end up defending that and nobody ever gets to have the broader debate of what is happening with Palestine. So for me, I want to talk about the political influence in this country that says it is okay to push for allegiance to a foreign country.”

Accusing Jews of having loyalties to countries other than their home is a longtime anti-Semitic trope. Some accused Tlaib of deploying this rhetoric when she tweeted in January that legislators who wanted to vote for an anti-BDS bill during the government shutdown “forgot what country they represent.”

Both liberal and conservative Jewish commentators expressed their disapproval of Omar’s comments:

Rep. @IlhanMN seems to calculate that if she makes only one blatantly anti-Semitic remark per week, progressives will forgive her. Is she right? https://t.co/b1u8MhTfCu

The problem with anti-Semites is they are anti-Semites no matter what their apologists might try to say. https://t.co/1QWrZxPZBv

At one point, according to Jewish Insider, an audience member shouted out “It is about the Benjamins,” quoting Omar’s tweet from earlier this month that accused politicians of supporting Israel because of donations from the pro-Israel lobby AIPAC. Omar “unequivocally apologize[d]” after several fellow Democrats, including House Speaker Nancy Pelosi, said the remark reflected anti-Semitic tropes about Jews using their money to nefariously control political leaders.

Earlier this week, Omar deleted those tweets, as well as a tweet from 2012 accusing Israel of having “hypnotized the world.”

Omar: Influential Americans ‘Push For Allegiance To A Foreign Country’