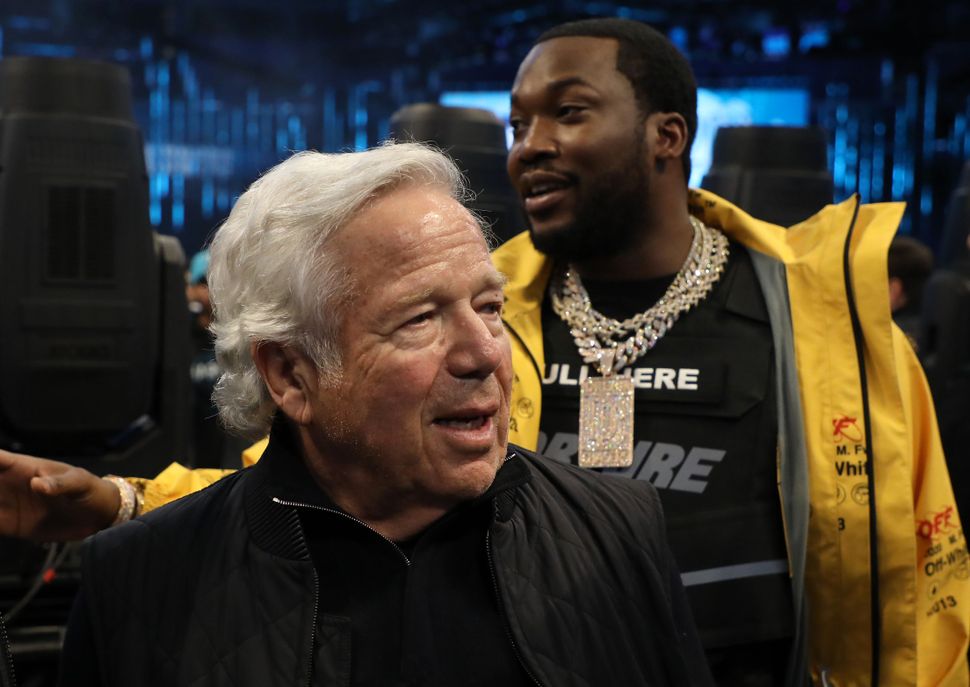 One member of the Genesis Prize’s leadership has stepped down in the wake of prize administrators’ decision to go forward with plans to honor billionaire Robert Kraft, despite the criminal charges he now faces for soliciting a prostitute, Haaretz reports.

Rivka Carmi, a member of the Genesis Prize advisory board, stepped down from her position this week, according to Haaretz. Her name still appears on the organizations website. In late February, Genesis Prize Foundation chairman Stan Polovets said that the organization planned to give Kraft its $1 million award, despite the prostitution charges.

The Genesis Prize is meant to honor a “role model for Jews worldwide,” according to its website. The organization announced in January that it would honor Kraft at a ceremony in June. In February, Police in Florida charged Kraft with soliciting prostitution, a misdemeanor. According to court papers, Kraft was caught on tape at a Jupiter, Florida spa on two separate occasions.

Haaretz reported Wednesday that Carmi, a former president of Ben-Gurion University of the Negev, resigned over Polovets’s decision to go forward with Kraft’s prize.