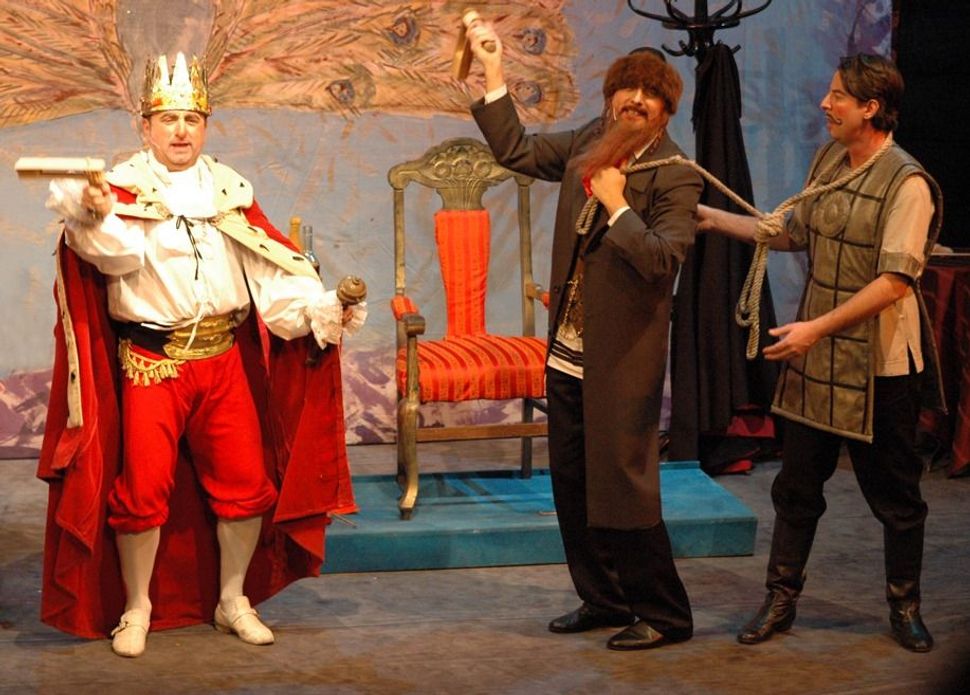 A scene from a Purim spiel. Image by Wikimedia

The digital Talmud study app Sefaria has released a special update for Purim: The app now has a built-in grogger.

Purim, the raucous holiday of spiels, drinking and dress-up, is beloved also for its participatory reading of the Scroll of Esther, the holiday’s principal text. Traditionally listeners are invited to boo the name of the story’s villain, Haman, every time it is spoken in the story. (54 times, to be exact.)

The tradition also has many Jews using groggers, or wooden noisemakers, to drown out Haman’s name. Now, with Sefaria’s special update, the app is a grogger: Shake it and it makes the tell-tale sound of wood clapping loudly against a gear.

Sefaria also brought back its “emoji megillah,” which is exactly what it sounds like.