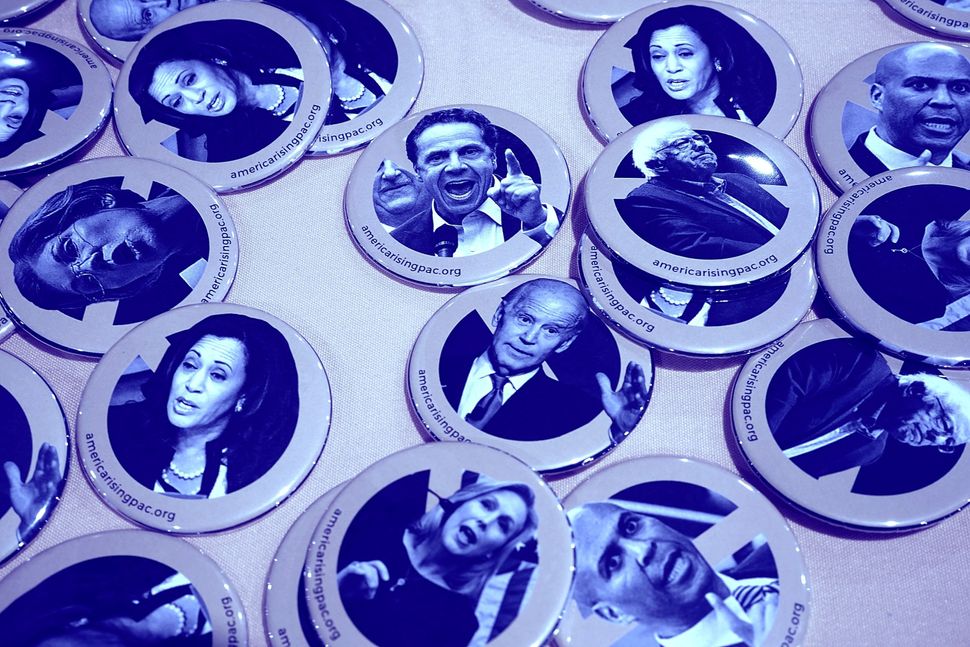 Several top candidates for the 2020 Democratic presidential nomination said Thursday that they won’t be attending the AIPAC Policy Conference in Washington next week after the major progressive grassroots organization MoveOn called on candidates to skip it.

However, it’s unclear in many cases whether their lack of attendance is due to anti-Israel pressures or more mundane factors – after all, none of them had been listed in the list of speakers that had been publicly available for weeks. And while multiple presidential candidates from both parties spoke at the convention in the election years of 2008, 2012 and 2016, no candidates appeared on stage in any year preceding the election (though according to JTA’s Ron Kampeas, Barack Obama met with people at the convention center in 2007 but didn’t speak from the stage).

Still, many progressives are celebrating the news that several top contenders are not going to be at the Walter E. Washington Convention Center, including Sens. Kamala Harris, Elizabeth Warren, and Bernie Sanders, former Reps. Beto O’Rourke and Julian Castro, and South Bend, Indiana mayor Pete Buttigieg, according to multiple reports.

Harris and Warren have spoken at AIPAC events before. (Full disclosure: I interned for AIPAC for a college semester)

Some candidates expressed criticism of the organization. Sanders is “concerned about the platform AIPAC is providing for leaders who have expressed bigotry and oppose a two-state solution,” policy director Josh Orton told NBC. Sanders refused to speak the 2016 conference after organizers rejected his request to send a videotaped message instead.

One the other hand, candidate and former Maryland congressman John Delaney said he wasn’t attending due to a scheduling conflict, with an aide telling the Associated Press that Delaney was “disappointed” not to be there.

Whether candidates choose to attend in 2020 will likely be more instructive. Another salient question about AIPAC’s standing among Democrats will be answered on Tuesday, when convention delegates go to Capitol Hill to lobby their respective elected officials. It remains to be seen whether candidates who are also senators will choose to meet in person with the lobbying groups, pawn the meeting duty off to a staffer or not accept the meeting at all.

The Forward asked the offices of all senators currently running for president – Harris, Warren, Sanders, Kirsten Gillibrand, Amy Klobuchar and Cory Booker – whether they would meet in person with those delegations. None of them responded by publication time.