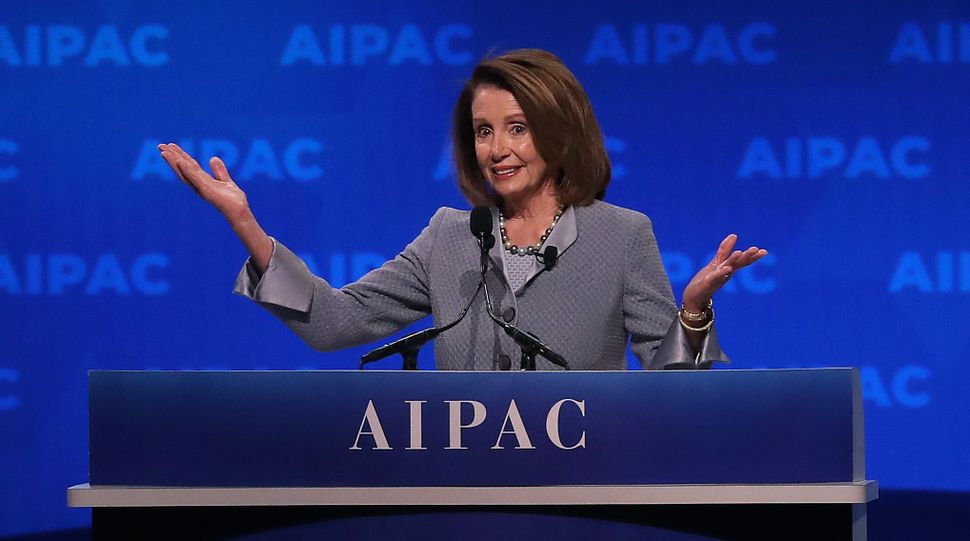 “As I stand before you, eight Democrat candidates for president are actually boycotting this very conference,” he said. “So let me be clear on this point, anyone who aspires to the highest office in the land should not be afraid to stand with the strongest supporters of Israel in America. It is wrong to boycott Israel, and it is wrong to boycott AIPAC.”

It’s true that no candidates spoke at any of the conference’s sessions. But does that mean the boycott worked? It depends on how you look at it. (Full disclosure: I interned for AIPAC for a college semester)

Depending on how you count, there are at least 15 major candidates in the Democratic field. As JTA’s Ron Kampeas reported, AIPAC has not invited candidates in non-election years in the last two presidential cycles – likely because giving everyone a speaking slot would be too unwieldy. Indeed, South Bend, Indiana Mayor Pete Buttigieg specifically pointed out when asked by a reporter on Saturday that he was not invited to the conference. On the other hand, independent candidate and former Starbucks CEO Howard Schultz wasn’t invited either, but he still made his way into the lobby’s leadership reception, Jewish Insider reported.

Other candidates, like former Reps. Beto O’Rourke and John Delaney, said they were out of town; O’Rourke said this weekend in South Carolina that going to town halls there were a better use of his time, but that wasn’t “anything to the negative” against the organization.

At the end of the convention, 18,000 AIPAC delegates go to meet with their members of Congress (though some, like AIPAC critic Rep. Ilhan Omar, delegate the meetings to staffers). There are seven presidential candidates who are currently serving in Washington. Four of them – Sens. Cory Booker of New Jersey, Kirsten Gillibrand of New York, Kamala Harris of California and Amy Klobuchar of Minnesota – met with AIPAC delegations on Tuesday.

In fact, Booker and Gillibrand, both from states with large Jewish populations, went to the convention center itself to meet with constituents rather than having such a large group crowd into their offices.

Only one of the remaining candidates, Sen. Bernie Sanders, gave an explicit reason why he wasn’t attending AIPAC: Spokesman Josh Orton said in a statement that the democratic socialist from Vermont was “concerned about the platform AIPAC is providing for leaders who have expressed bigotry and oppose a two-state solution.” Sen. Elizabeth Warren of Massachusetts and Rep. Tulsi Gabbard from Hawaii also did not meet with constituents in person, though Warren sent her foreign policy advisor to meet with a Massachusetts delegation. Both Warren and Gabbard’s offices declined to explain to The Washington Post why the elected officials didn’t meet with their constituents in person.

Because of all these complicating factors, the Post gave Pence’s claim that eight Democrats were boycotting the conference two Pinocchios out of four.