Omar Isn’t Meeting With AIPAC Members In DC For Conference 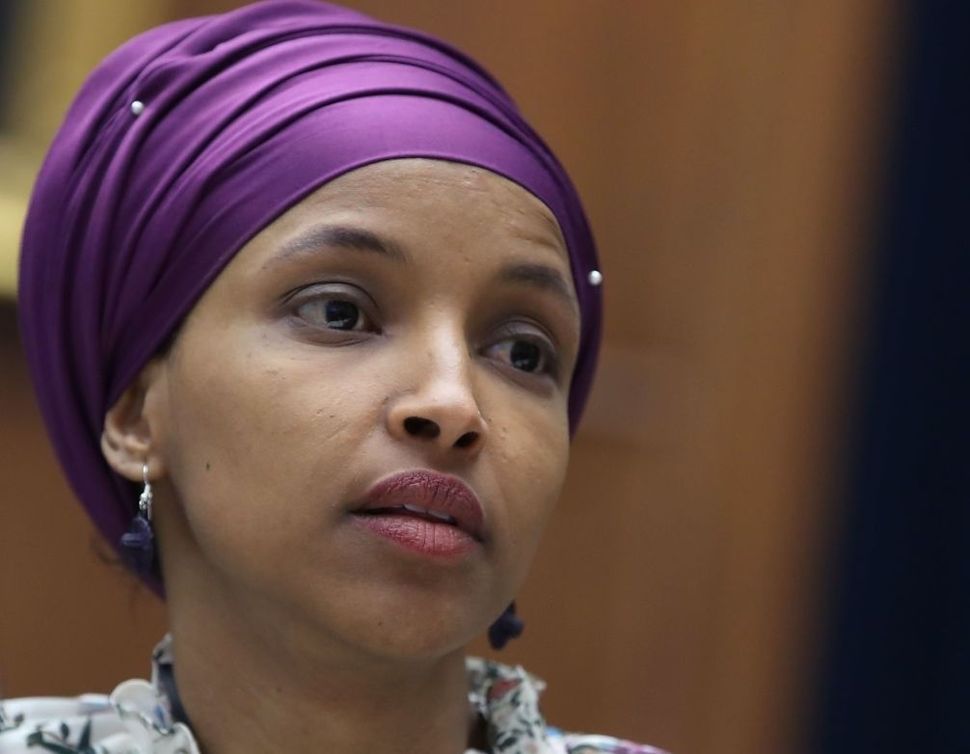 Every year at the end of the AIPAC Policy Conference, members of Congress meet with visiting members of the pro-Israel lobby from their districts who advocate for various bills and resolutions. But Rep. Ilhan Omar will not be among them.

AIPAC delegates from Omar’s Minneapolis-area district are not scheduled to meet with her personally on Tuesday, sources told the Forward.

“We are meeting with constituents in town for the conference on a staff level,” Omar’s spokesman Jeremy Slevin emailed the Forward after this article was originally published.

AIPAC did not respond to a request for comment.

Omar was criticized by Jewish groups and congressional colleagues after she said in February that AIPAC paid politicians to support Israel – which many saw as echoing anti-Semitic tropes about Jews using money to control governments. AIPAC does not directly donate money to candidates, though its members do. (Full disclosure: I interned for AIPAC for a college semester)

The congresswoman apologized, but refused to do so after a subsequent controversy over comments that many interpreted to imply that pro-Israel Jews have dual loyalty.

Omar was frequently the subject of rebuke at this year’s conference. “When someone accuses American supporters of dual loyalty I say accuse me,” House Majority Leader Steny Hoyer said on Sunday. “Let’s have debates on policy instead of impugning the loyalty of Israel’s supporters.”

Many Republicans, including Vice President Mike Pence in his remarks to the convention on Monday, made hay of recent stories that Democratic presidential candidates were supposedly boycotting AIPAC’s convention. While it is true that no candidates spoke this year, JTA’s Ron Kampeas reported that AIPAC does not normally invite candidates in a non-election year.

Sen. Kamala Harris of California met with local AIPAC leaders in her office on Monday, and spokespeople for Kirsten Gillibrand and Amy Klobuchar confirmed in statements that they would be meeting with their constituents.

Omar’s predecessor, former Rep. Keith Ellison, was a staunch critic of the Israeli government but still met with AIPAC members and often held meetings with local Jewish leaders. Now the Minnesota Attorney General, Ellison told the Star Tribune on Monday that Omar should “ignore the trolls,” but also meet monthly with Jewish constituents.

Omar Isn’t Meeting With AIPAC Members In DC For Conference