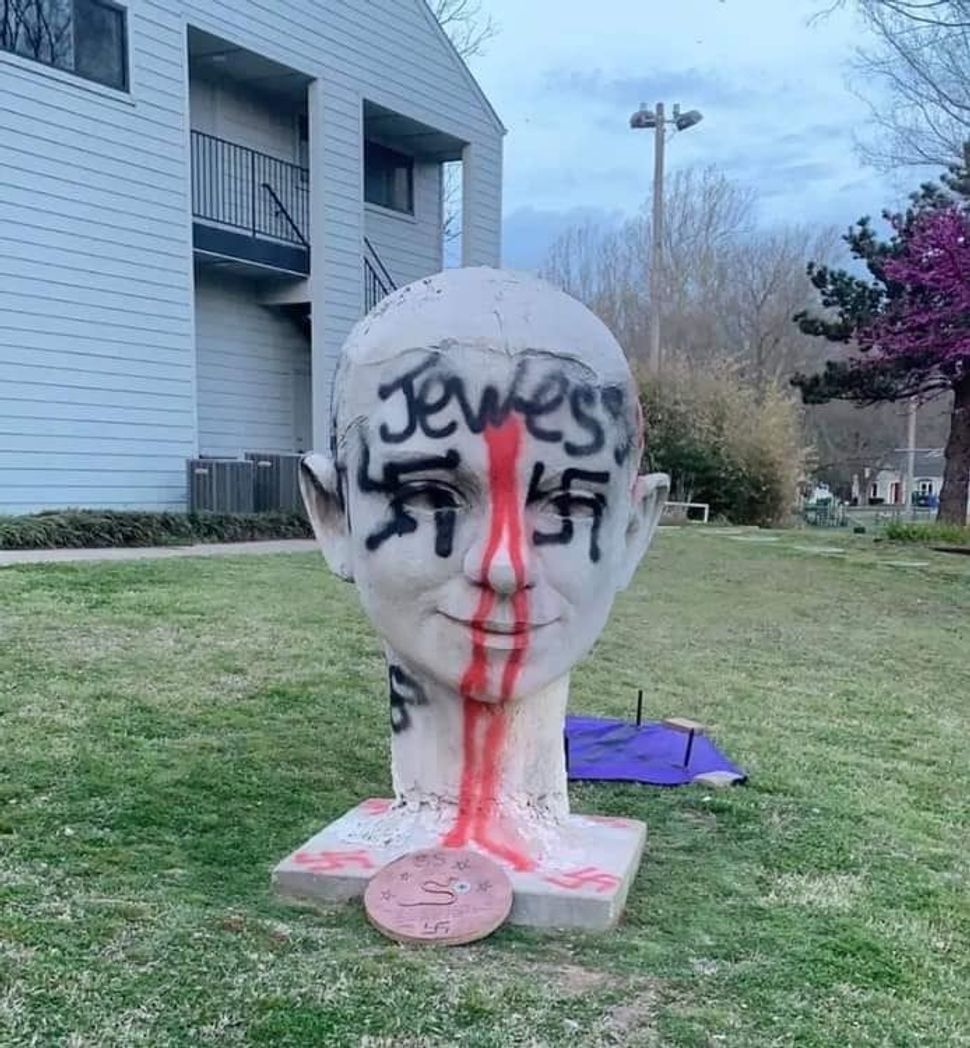 Various locations around Norman, Oklahoma were vandalized with anti-Semitic and racist graffiti. Image by Kate Bierman/Facebook

The most recent incident was discovered at the Cleveland County Democratic Party building in Norman, which was sprayed late Tuesday night or early Wednesday morning with swastikas and messages like “gas the Jews” and “Trump 2020.”

Other locations in Norman, including the Firehouse Art Center and McKinley Elementary School, were also targeted. At a the art center, swastikas were painted on the eyes of a statue of a human face, with the n-word painted on nearby concrete, the Oklahoma Daily reported.

The incident came less than a week after swastikas and other racist and homophobic slurs were spray-painted on the state Democratic Party headquarters as well as a Chickasaw Nation office in Oklahoma City. Norman Police said they are working with their counterparts in Oklahoma City to see if the incidents are related.