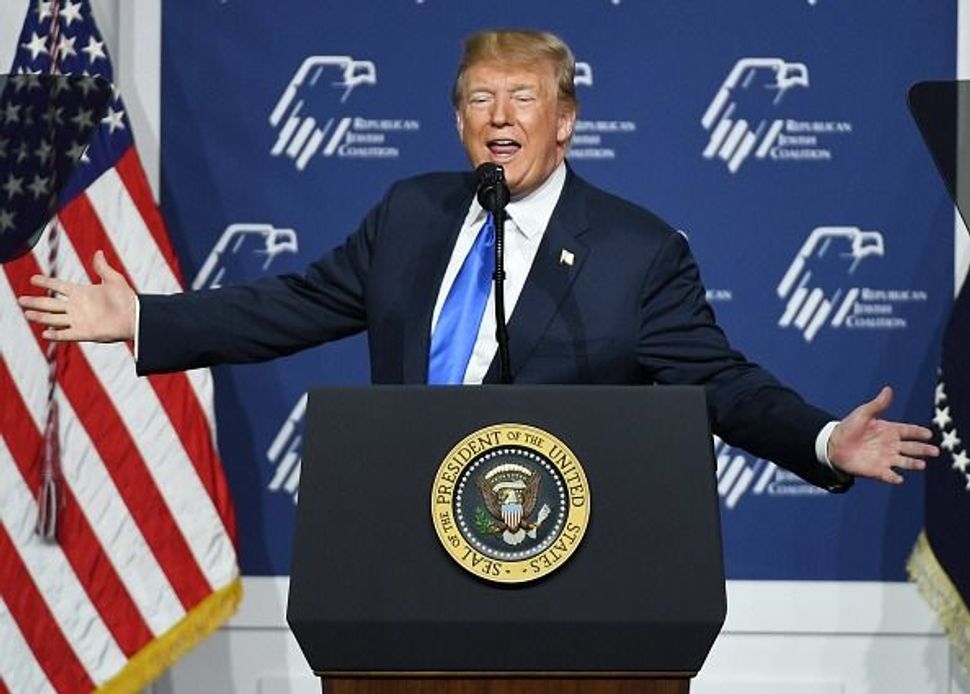 President Trump seemed to be confused about who he was addressing at the Republican Jewish Coalition over the weekend.

He appeared to refer to the crowd of American Jewish Republicans as Israelis, even noting Israeli Prime Minister Benjamin Netanyahu as “your prime minister,” Business Insider reported.

Trump also was indignant over Democrats’ policies, which he viewed as anti-Israel.

“Democrats are advancing the most extreme partisan agenda by far in American history … people aren’t fighting for Israel in Congress,” Trump said. “If implemented, the Democrats’ radical agenda would destroy our economy, cripple our country, and very well could leave Israel out there all by yourselves. Can’t do that.”

Trump admits that his decision to recognize the Golan Heights as a part of Israel was completely impulsive and even surprised the US ambassador pic.twitter.com/DHwvNiJxW9

Some viewed the remark as the suggestion of dual loyalty, the anti-Semitic trope that accuses non-Israeli Jews of being more loyal to Israel than the country they were born in, according to The Intercept. This comes a few weeks after Trump condemned Minnesota congresswoman Ilhan Omar for making comments that seemed to accuse Jews of dual loyalty.

Netanyahu for his part has compared Trump to Cyrus the Great, Lord Balfour, and Harry Truman, according to Business Insider.