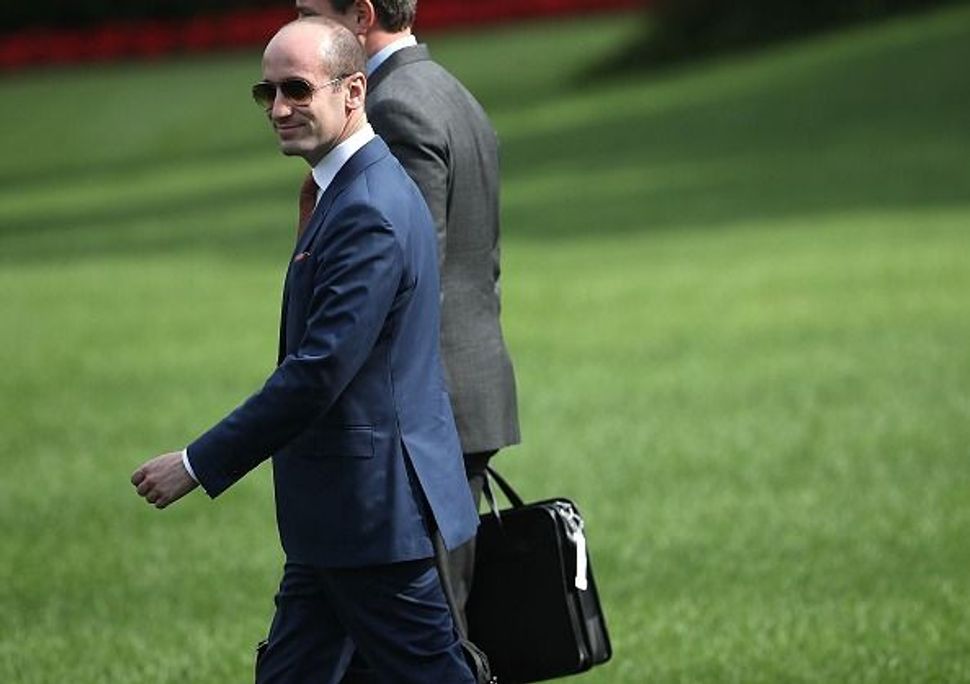 Former Department of Homeland Security Secretary Kirstjen Nielsen’s departure was part of an overhaul in the DHS, directed by Stephen Miller, one of President Trump’s top advisers, CBS News reported.

Nielsen tweeted on Sunday that she “agreed to stay on as Secretary through Wednesday, April 10th” to ensure that there is a smooth transition in the Department of Homeland Security. It is unclear whether Nielsen is leaving on her own accord, or whether there was pressure for her to leave her position.

I have agreed to stay on as Secretary through Wednesday, April 10th to assist with an orderly transition and ensure that key DHS missions are not impacted.

The move was organized by Miller, according to a senior U.S. official. The Jewish aide is known for his hardline stance on immigration — despite his own family history.

He suggested cutting the refugee program even lower, allowing 25,000 to enter the country rather than the initial agreed-upon ceiling of 45,000, and was the face of the controversial travel ban last summer. He even claimed it was a “simple decision” to separate families at the border.

Trump reportedly looked to Miller in the weeks leading up the midterm elections for immigration-related tactics, in hopes of ensuring Republicans’ vote.