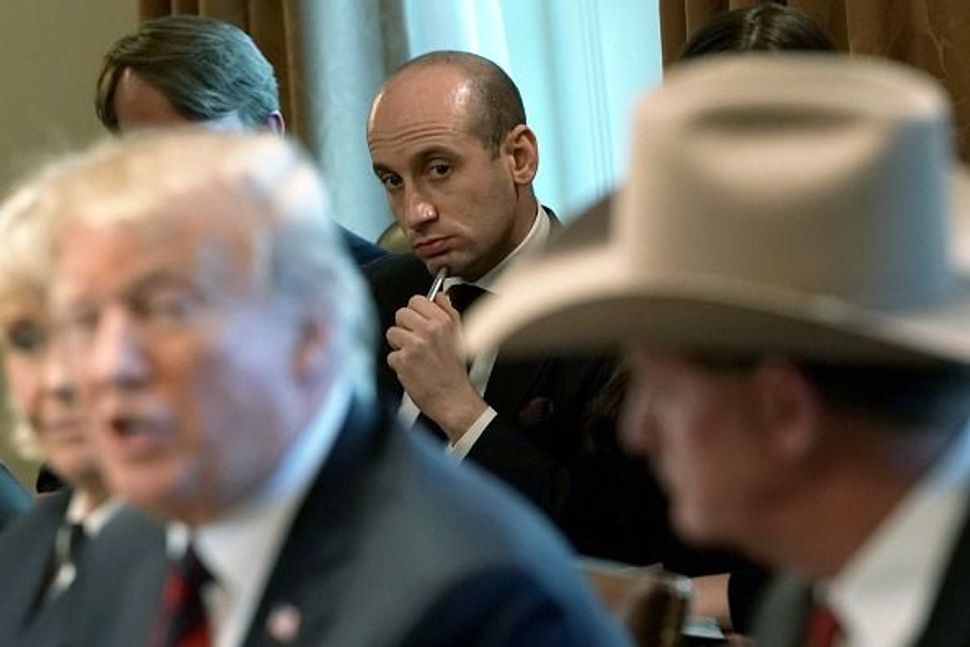 Whenever Nielsen would decide against tougher measures, Miller would forward the latest numbers on aspiring migrants at the border to the Washington Examiner, former agency officials told Quartz. A story would follow with a sensational headline and a critique of Nielsen. Miller would print out the story and pass it to President Trump, who would then call Nielsen and lambast her, leading her to cave in — and for Miller to get his way.

Nielsen resigned on Sunday, though it is unclear whether she chose to leave her post or was pressured into departing. Other leaders within the department also announced their departures this week. This overhaul is reportedly to be directed by Miller, the Jewish aide known for his staunch support of suppressing immigration. He was the face of the controversial travel ban last summer and helped Trump push immigration-related tactics ahead of the midterm elections.