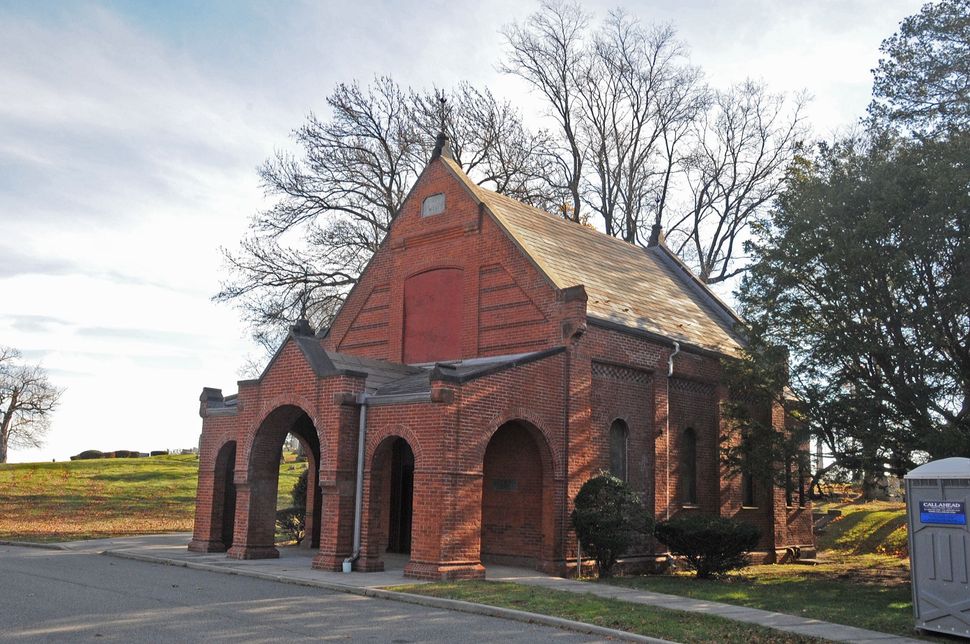 The chapel at the Beth Olam cemetery. Image by wikimedia

More than $30,000 worth of mausoleum doors and air vents were stolen from a historic Jewish cemetery this past weekend, the New York Post reported.

Sometime between Friday afternoon and Sunday, authorities said, a thief took 14 doors and 75 air vents from Beth Olam Jewish Cemetery, in the neighborhood of Ridgewood, Queens. The cemetery has been in use since 1851, according to the website of one of its maintaining synagogues, Congregation Shearith Israel, the United States’ oldest congregation. (It is not to be confused with the Beth Olam Cemetery in Hollywood, California, where Judy Garland is buried.)

Jewish cemeteries across the country have seen increased vandalism in recent years, driving a spike in nonviolent anti-Semitic incidents nationwide.

Beth Olam is one of several sprawling Jewish cemeteries in Queens’ “cemetery belt,” where some historic graveyards have become unkempt and, in some cases, abandoned by the congregations that are nominally responsible for them.

According to Shearith Israel’s site, American Jewish luminaries such as Emma Lazarus and Benjamin Cardozo are buried in Beth Olam.