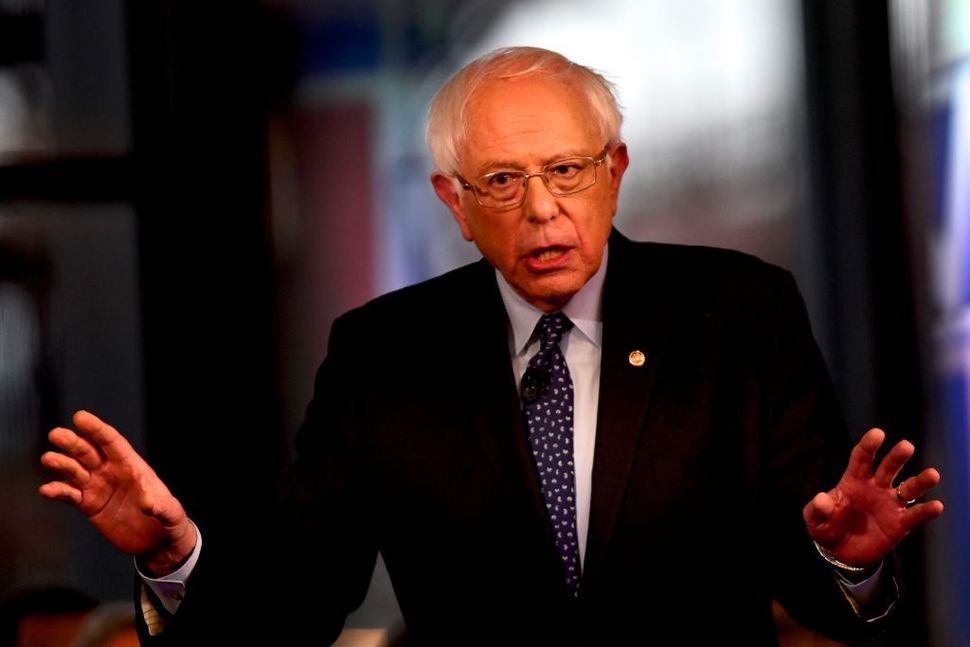 Presidential candidate Sen. Bernie Sanders defended his stance on Israel at a CNN town hall on Monday, saying he is “100% pro-Israel” but renewed his criticisms of Israeli Prime Minister Benjamin Netanyahu, saying that the Jewish state is “now run by a right-wing — dare I say — racist government.”

Speaking at a televised event in New Hampshire, Sanders was asked by a Harvard University student how he would maintain U.S.-Israel ties given his criticisms of Netanyahu. Sanders, an independent from Vermont, began his response by mentioning that he spent time on a kibbutz as a young man and has relatives in Israel. “I am not anti-Israel,” he said. “But the fact of the matter is that Netanyahu is a right-wing politician who, I think, is treating the Palestinian people extremely unfairly.”

“What I believe – you know, the U.S. gives billions of dollars in military aid to Israel,” he continued. “What I believe is not radical — I just believe that the U.S. should deal with the Middle East on a level-playing-field basis. In other words, the goal must be to try to bring people together and not just support one country, which is now run by a right-wing — dare I say — racist government. I am 100 percent pro-Israel. Israel has every right in the world to exist and to exist in peace and security, and not be subjected to terrorist attacks. But the United States needs to deal not just with Israel but with the Palestinian people as well.”

Sanders’s response was met with applause on multiple occasions.

Sanders, a longtime critic of Netanyahu and Israeli government policies toward the Palestinians, said on the eve of Israel’s elections last month that he hoped Netanyahu lost. “When election time comes in Israel, he always tries going even further to the right by appealing to racism within Israel, I think it’s unfortunate,” Sanders told NBC. “I’m not a great fan of his, and, frankly, I hope he loses his election.”

Sanders did not get his wish.