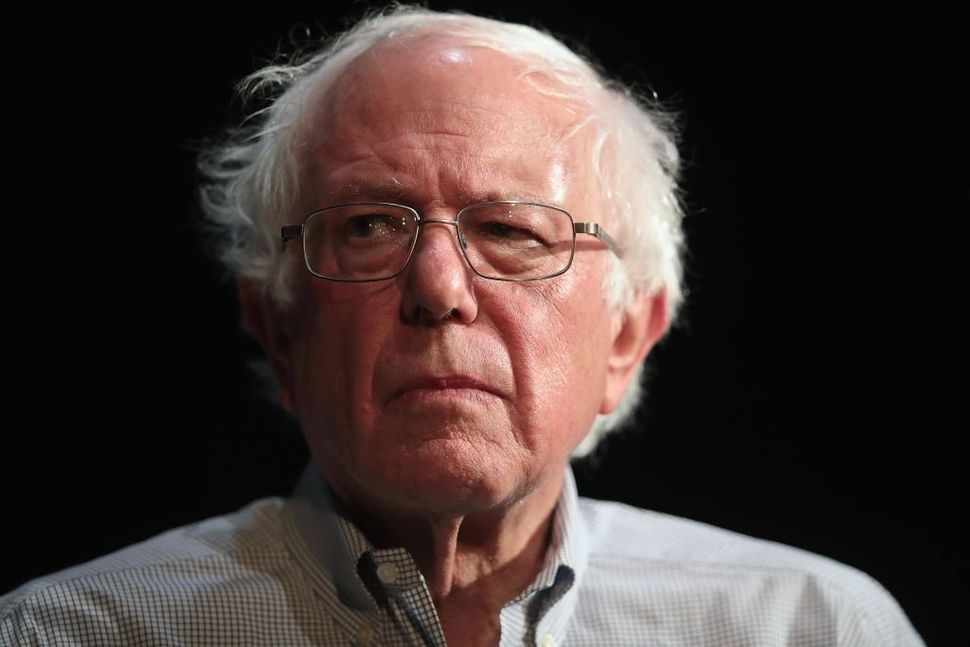 Sen. Bernie Sanders weighed in on the Israeli elections while campaigning in Iowa, and he did not hold back on his criticisms of Prime Minister Benjamin Netanyahu.

“When election time comes in Israel, he always tries going even further to the right by appealing to racism within Israel, I think it’s unfortunate,” the independent senator from Vermont told NBC. “I’m not a great fan of his, and, frankly, I hope he loses his election.”

Israel’s election is being held on Tuesday.

Sanders is currently leading the polls among declared candidates for the 2020 Democratic presidential nomination. He is one of the harshest critics in the Democratic caucus of Israeli policy, slamming Israel’s nation-state law and spearheading a Senate letter calling for better humanitarian conditions in Gaza, which is blockaded by Israel and Egypt.

Sanders also pointedly refused to attend last month’s conference of the pro-Israel lobby AIPAC, with his policy director saying that the senator is “concerned about the platform AIPAC is providing for leaders who have expressed bigotry and oppose a two-state solution.”

“The U.S.-Israel relationship is one of the most important relationships that we have on the planet, and that relationship, if it is to be successful, must transcend partisanship in the United States, and it must be able to transcend a prime minister who is racist as he warns about Arabs coming to the polls, who wants to defy any prospect for peace as he threatens to annex the West Bank and who has sided with a far-right racist party in order to maintain his hold on power,” O’Rourke told reporters.