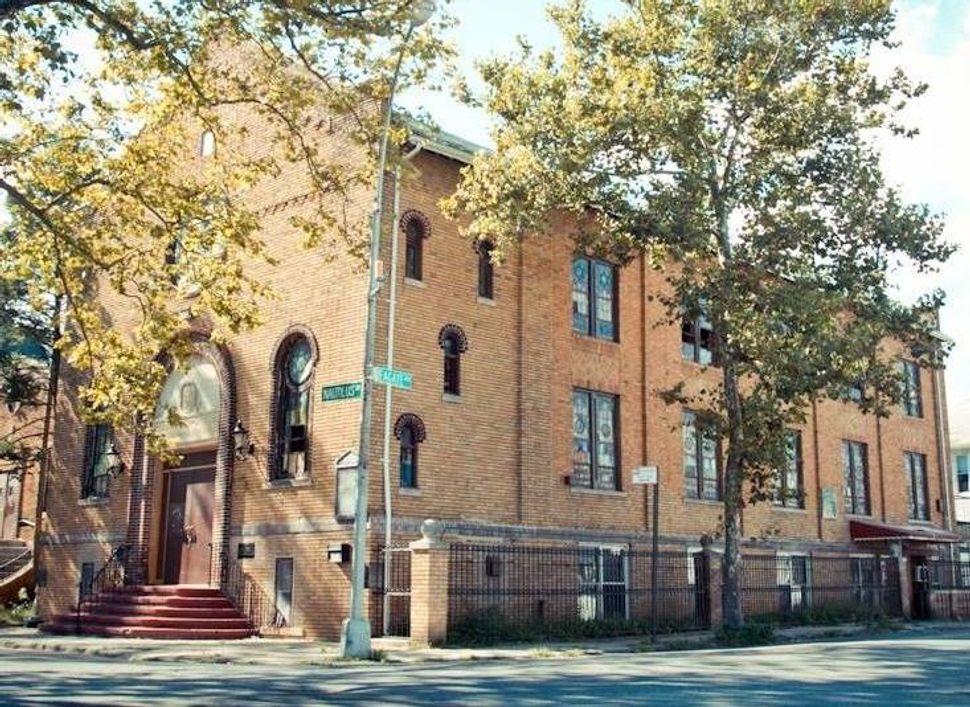 If you think this sounds like the plot from a classic crime epic about Brooklyn, you’d be right. But also these things relate to an ongoing lawsuit alleging one group’s “takeover” of a synagogue in the sleepy neighborhood of Seagate, at the far western edge of Coney Island.

The suit pits one faction of Kneses Israel of Seagate against another — though both sides have appeared to challenge the other’s legitimacy — and also is a skirmish between two Jewish sects. As reported by Spectrum News, the suit is rooted in an arrangement the synagogue made with a local yeshiva, renting out part of its building to them about a dozen years ago. The synagogue is part of the Chabad Hasidic movement; the yeshiva is Satmar Hasidic.

The synagogue has endured significant troubles in the intervening years since granting the lease to the yeshiva. In 2012, it was flooded during Superstorm Sandy. Two years ago, during Passover, a fire nearly destroyed its main sanctuary.

The synagogue told the yeshiva it could not renew the yeshiva’s lease on the portion of the building it was renting. The school has refused to leave.

But after the synagogue elected a new president last year, the old president gave the yeshiva a new lease. The yeshiva then began locking the Kneses Israel congregants out of their half of the building.

The yeshiva has called for the arrest of Rabbi Chaim Brikman, the Chabad emissary who is the apparent leader of Kneses Israel.

But a Twitter account purportedly associated with Kneses Israel has a low opinion of Brikman, who it claimed is not a “real” rabbi. (A lawsuit against Brikman and others does not make this claim, and refers to Brikman by his title of rabbi.)

One tweet accuses “Shia,” supposedly a “hired goon” of Brikman’s, of “intimidating” people at the synagogue with his dog. The accompanying video appears to show the dog calmly sniffing people around it and waiting for opportunities to sit down.

Meir chaim Brikman’s hired goon, Shia and his girlfriend were intimidating and cursing with epithets our Congregation members with his Rottweiler Dog this night, Shia is getting paid by Thief Brikman to do this intimidation tactics night after night. This is what Brikman is doing pic.twitter.com/iahXKiifGm

Plaintiffs also alleged that Brikman hired other “goons” to keep congregants out of the synagogue for Shabbat morning prayers, forcing them to pray outside or elsewhere. Brikman’s lawyer, in return, says the synagogue is using “storm trooper tactics” to try and enter the building to pray.

According to Spectrum, the yeshiva says that it is caught in the middle of a fight between Kneses Israel’s old and new boards.

“This is my place of worship,” said Jodi Sabul. “My grandparents worshipped here. How dare you tell me I can’t come in. It’s heartbreaking. It’s just heartbreaking.”