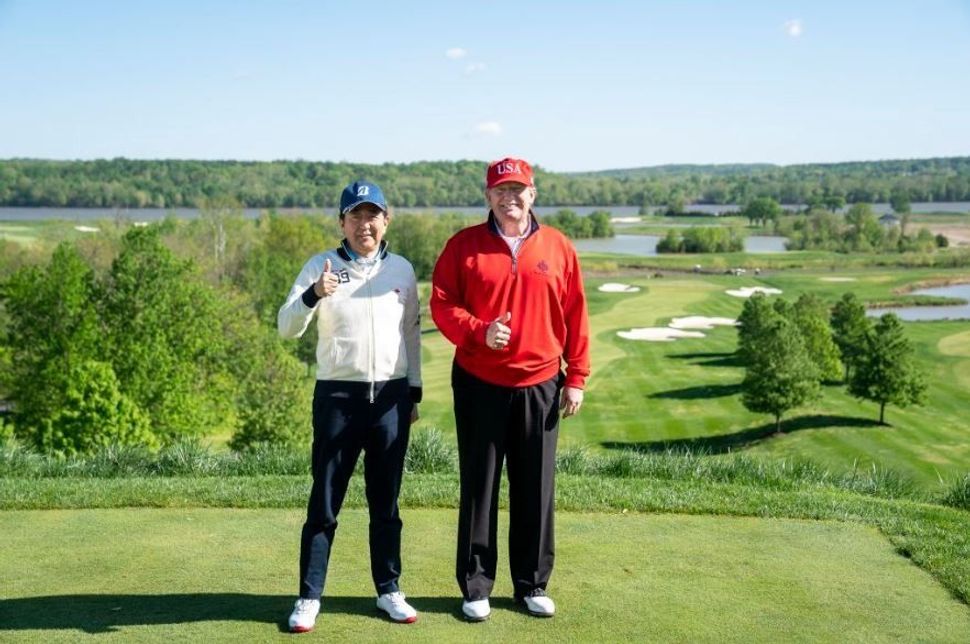 President Trump expressed his sympathy to the victims of the synagogue shooting in Poway, California on Saturday, speaking briefly to reporters on the way to his helicopter to share his support – and also talk about his upcoming rally in Green Bay, Wisconsin and his recent golf game with Japanese Prime Minister Shinzo Abe.

“My deepest sympathies go to the people that were affected, the families, the loved ones,” Trump said. “Obviously, it looks right now, based on my last conversations, looks like a hate crime. Hard to believe. Hard to believe. With respect to the synagogue in California, near San Diego, we’re doing some very heavy research, we’ll see what happens, what comes up. At this moment, it looks like a hate crime. But my deepest sympathies to all of those affected. And we’ll get to the bottom of it. It looks like the person was apprehended, no more danger. And law enforcement’s done a fantastic job.”

He also mentioned his upcoming Wisconsin rally, where according to Trump, supporters “have been lined up for a day already.” And he also mentioned his “very fast round of golf” with Abe, as well as a subsequent meeting where Japan “agreed to buy a tremendous amount of military equipment. I mean, they’re buying the best you can buy.”

“And again, my deepest sympathies to the people and families, everybody affected by the shooting at the synagogue in California,” Trump concluded, before getting into the Marine One helicopter.

He also issued the following three tweets in the space of an hour:

Thoughts and prayers to all of those affected by the shooting at the Synagogue in Poway, California. God bless you all. Suspect apprehended. Law enforcement did outstanding job. Thank you!

Leaving now for Green Bay, Wisconsin – BIG CROWD, will be there shortly! #MAGA

Great day with Prime Minister @AbeShinzo of Japan. We played a quick round of golf by the beautiful Potomac River while talking Trade and many other subjects. He has now left for Japan and I am on my way to Wisconsin where a very large crowd of friends await! pic.twitter.com/ZvyxJ8sIw2