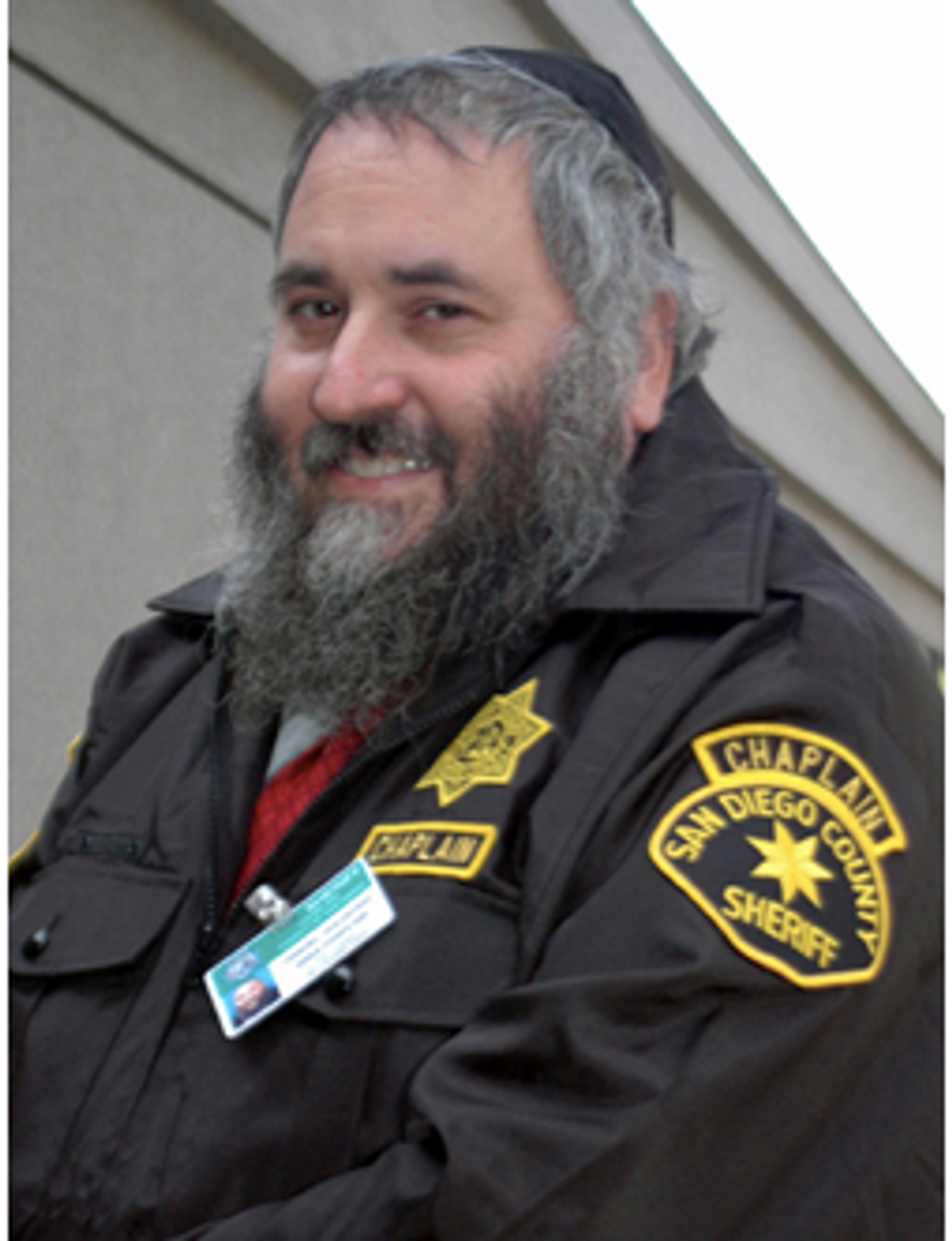 The San Diego rabbi who was shot in the hand during Shabbat services — but insisted on finishing his sermon — has also served as the county’s police chaplain.

Rabbi Yisroel Goldstein is a rabbi with the worldwide Chabad-Lubavitch movement, which emphasizes outreach and education to other Jews, and as chaplain tended to the “spiritual needs” of Jews on San Diego County sheriff’s force, according to the webpage CrownHeightsinfo.com.

“He continued his speech,” Minoo Anvari, a congregant whose husband was inside the synagogue, told CNN. “We are strong. We are united. They can’t break us.”

Goldstein was taken to the hospital in stable condition.

As chaplain, he for many years counseled deputies regardless of faith who required help healing after witnessing shootings or child deaths. He explained that witnessing tragedies on the job, including shootings or child deaths, can be traumatic. Often, deputies require counseling to help them through the healing process, and Goldstein makes himself available, regardless of the deputies’ creed.

Goldstein took the chaplain’s job in 2006; by that point, he’d already ministered to the Jews of San Diego’s Poway suburb for 20 years, since he left Brooklyn at age 24.

“I’m on a mission,” Goldstein said back in 2006. “This rabbi is not a business, not a career. It’s a mission. I’m a guy from Brooklyn sent out to do good in this part of the world, and try to bring people as much as possible back to the fold. And it’s going very well.”

Goldstein’s father was an important aide to the founder of the Lubavitch movement, Rebbe Menachem Mendel Schneerson, according to the Daily News.