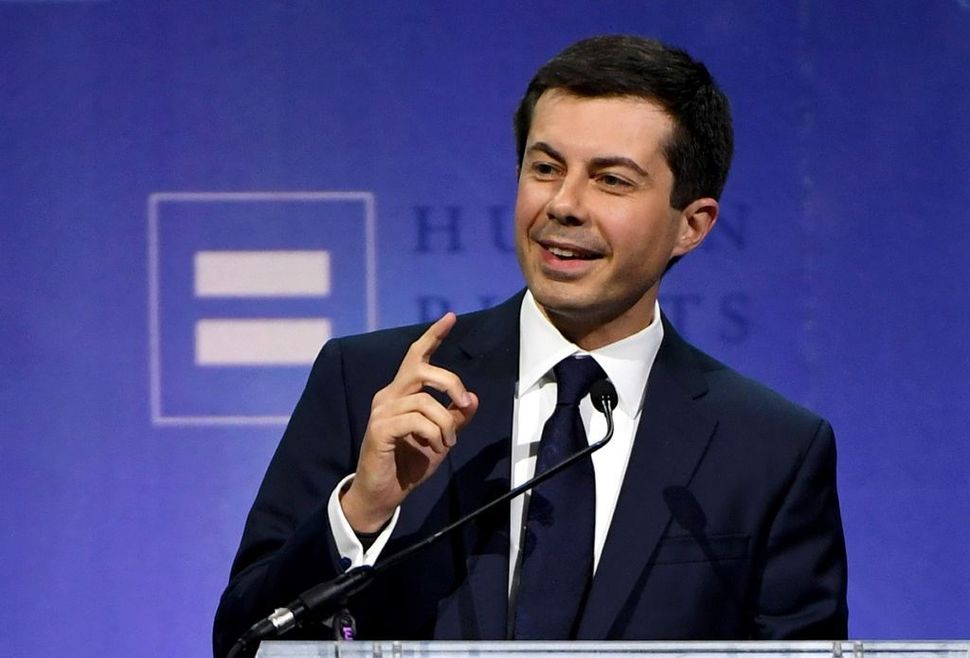 In a segment of his speech about strengthening democratic norms and voting rights, Buttigieg mentioned, “I know I’m a guest in Sheldon Adelson’s town,” eliciting boos from the audience. “But I know … that real democracy means that the voice you have in our political process is gauged by the merits of what you have to say and not by the number of zeros in your bank balance.”

Adelson and his wife Miriam, who are Jewish, were the largest Republican donors in the 2016 and 2018 election cycles. Miriam Adelson was awarded the Presidential Medal of Freedom by President Trump last year.

Matthew Brooks, the executive director of the Republican Jewish Coalition, wrote on Twitter that Buttigieg’s remarks were an “anti-Semitic dog whistle.” (Full disclosure: I interned for the RJC for a college semester)

The Buttigieg campaign did not immediately respond to a request for comment; this article will be updated if they respond.

Alex Halpern Levy, a former aide to Senate Minority Leader Chuck Schumer, told Jewish Insider that Buttigieg’s remarks were kosher: “Calling out Sheldon Adelson’s outsized political influence is not a dog whistle; it’s stating an indisputable fact. Ridding our politics of the corrosive effects of big money is a pillar of Buttigieg’s campaign, and I see his comment as consistent with that focus.”

Buttigieg, the first openly gay Democratic presidential candidate, made his remarks at the annual dinner of the Human Rights Campaign, an LGBTQ advocacy organization. The mayor repeatedly criticized the Trump administration, but also critiqued what he described as “identity politics” promoted by some Democrats, which he said made the country more divided. “Like when we’re told we have to choose between supporting an auto worker and a trans woman of color, without stopping to think about the fact that sometimes the auto worker is a trans woman of color, and she definitely needs all the security she can get,” he said, according to NBC News.

The Buttigieg campaign said last month that the candidate would no longer use the word “Pharisee” to refer to religious hypocrites, since the ancient Jewish group, who according to the New Testament “do not practice what they preach,” also included the rabbis who wrote the Talmud, JTA reported.