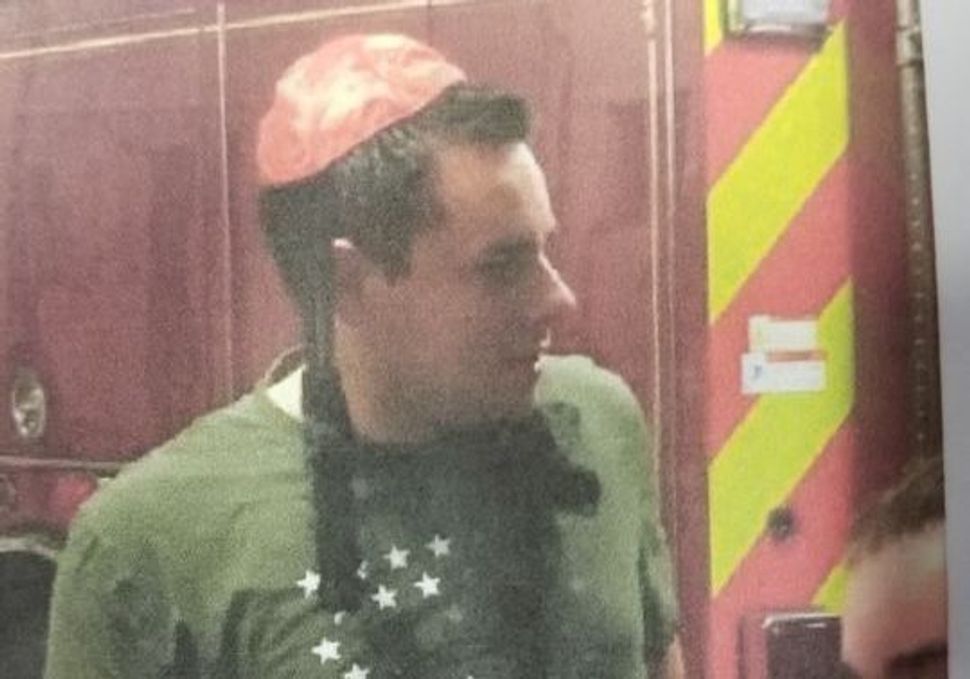 A police officer in Bergen County, New Jersey has been disciplined after being photographed dressing as an Orthodox Jew at a party at the local firehouse – but local officials either don’t know or refused to say what the punishment was, the North Jersey Record reported Monday.

While attending a party on December 28, Pete Donatello III, a police officer in Maywood who volunteered as the fire chief in nearby Rochelle Park, “decided that it would be funny to wear a make-shift Yamaka (sic) and parade around the Firehouse with it on and make fun of the Jewish Faith,” according to an eyewitness whose letter to the Rochelle Park Township Committee was acquired by the newspaper.

Donatello could not be reached for comment. The mayor of Maywood declined to comment, and a police captain said that photos of the incident were referred to an internal affairs unit but refused to discuss the matter further. Rochelle Park administrator Robert Davidson said Donatello was disciplined by volunteer fire chief Jason Brown but neither he nor the town attorney would specify how, and Brown declined to comment.

Mayor Michael Kazimir said that under the town’s bylaws, Donatello could not be removed unless a tribunal convened by the fire chief recommended it. “As far as I understand it … there is no further action we can take at this point,” Kazimir said.

In response to the incident, Rochelle Park mandated an hour-long sensitivity training seminar for all township volunteers. Around 85 of 100 volunteers have gone through the training, though Donatello hasn’t yet, Davidson said.

But in a March 7 letter, township emergency management coordinator Pete Donatello Jr. – Donatello III’s father – as well as Brown and the medical services captain said that emergency service volunteers were being singled out by the mandate and that they would refuse to participate – though they eventually backed down.

Mahwah, another city in Bergen County, settled a lawsuit last year after passing ordinances that state officials said targeted Orthodox Jews, such as banning the construction of an eruv.