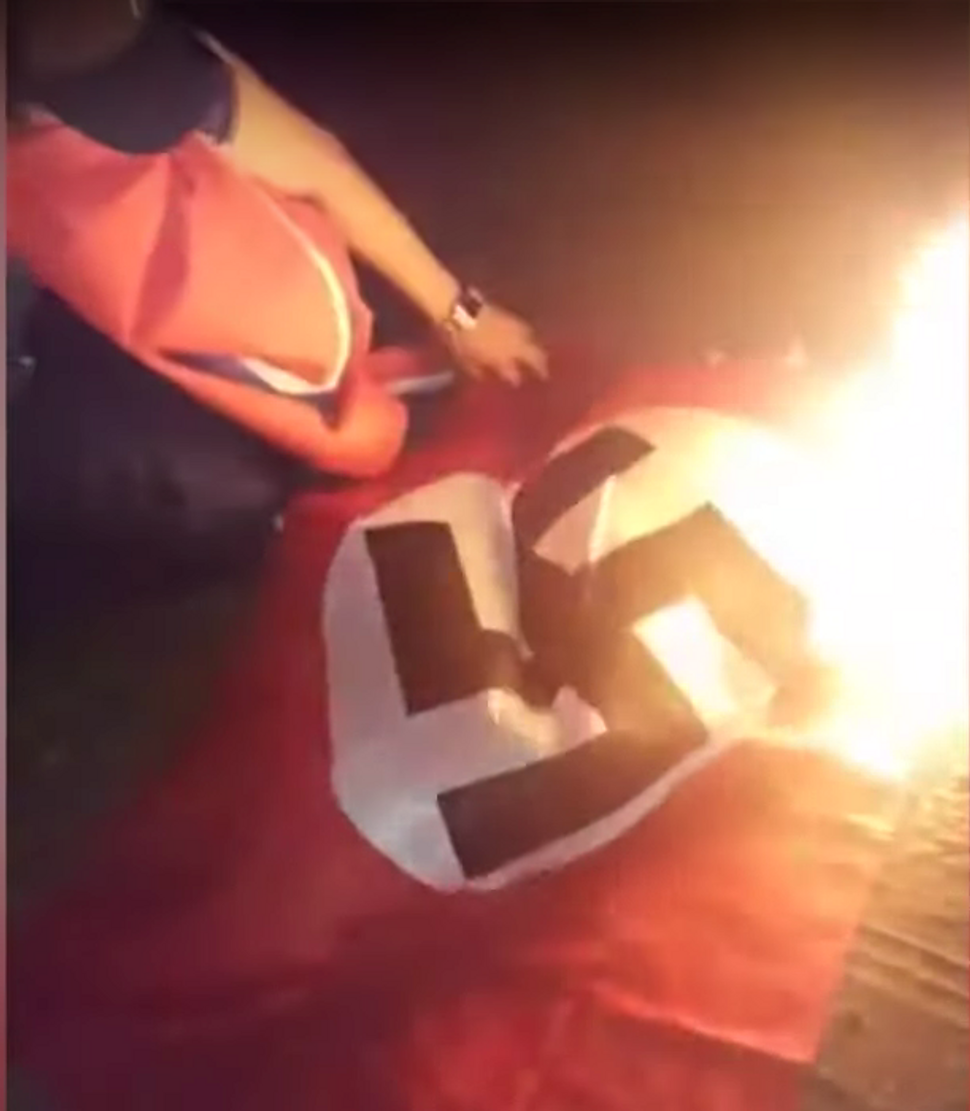 A Canadian man was so horrified by his neighbor’s Nazi flag he swiped and burned it, and posted the video. Image by youtube

A Canadian man was so horrified to see a Nazi flag hanging from a nearby home that he tore it down and burned it, local news outlet CTV Regina reported.

Caleb Pelletier of Saskatchewan posted a video on Facebook of himself burning the flag, which was red with a black swastika. He told CTV Regina that he felt compelled to take action because “authorities weren’t going to.”

“I believe it affected so many of our people,” Pelletier said.

The man who hung the flag was 34 years old and living with his grandfather, Kelliher Mayor Darcy King said Friday. King said the man promised to take down the other flag.