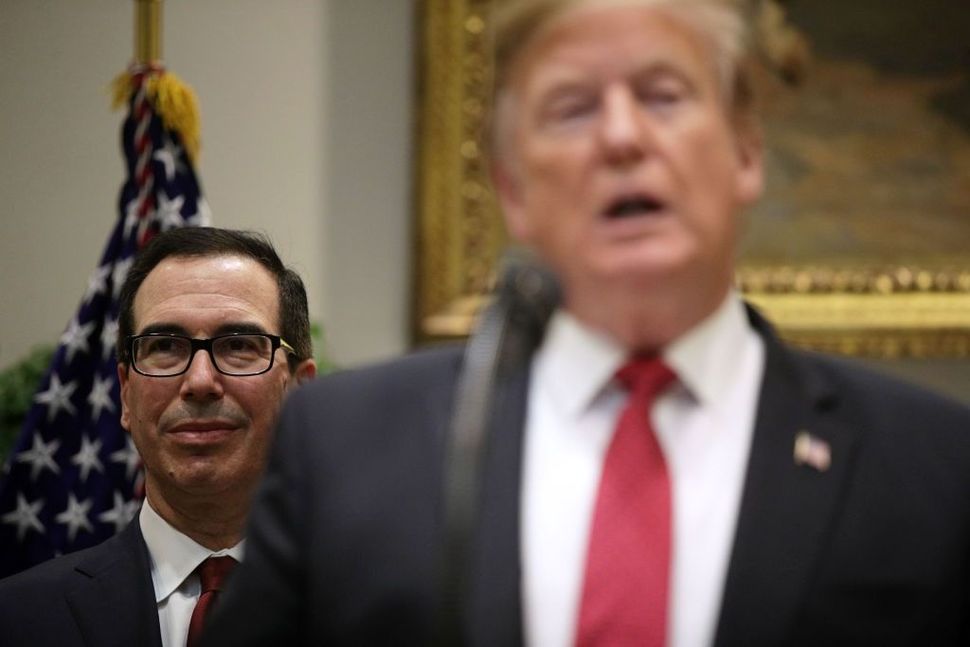 The father of Treasury Secretary Steven Mnuchin nearly started crying when asked a question about his son, The New York Times reported Sunday.

Robert Mnuchin, an art dealer, was in the news because he had arranged a $91.1 million auction purchase of a 3-foot-tall stainless steel rabbit sculpture by artist Jeff Koons – making it the most expensive piece of art by a living artist ever sold. Mnuchin refused to reveal to the Times who his client was, but Bloomberg later reported that the mystery man was Steven A. Cohen, the hedge fund billionaire who was banned from 2016 to 2017 from managing outside money as part of a government settlement.

Mnuchin, 85, spoke to the Times after the auction about his history in the art world, but clammed up when it came to his son Steven. “[Robert Mnuchin] was near tears when asked about his son Steve and refused to comment about their relationship,” Times reporter Jacob Bernstein wrote. “But friends said that he is in an impossible predicament, conflicted over his sense of duty about being a loyal father and his concern as a citizen that President Trump is bad for America.”

The Times noted that nearly all of Robert Mnuchin’s political donations have been to Democrats.

Steven Mnuchin, who served as Treasury Secretary since February 2017, did not respond to the Times’ request for comment.

Secretary Mnuchin is not the only Jewish Trump administration figure to receive a mixed response from family members. Senior White House aide Stephen Miller has seen outspoken criticism from family members over his role in implementing Trump’s hardline immigration policies.