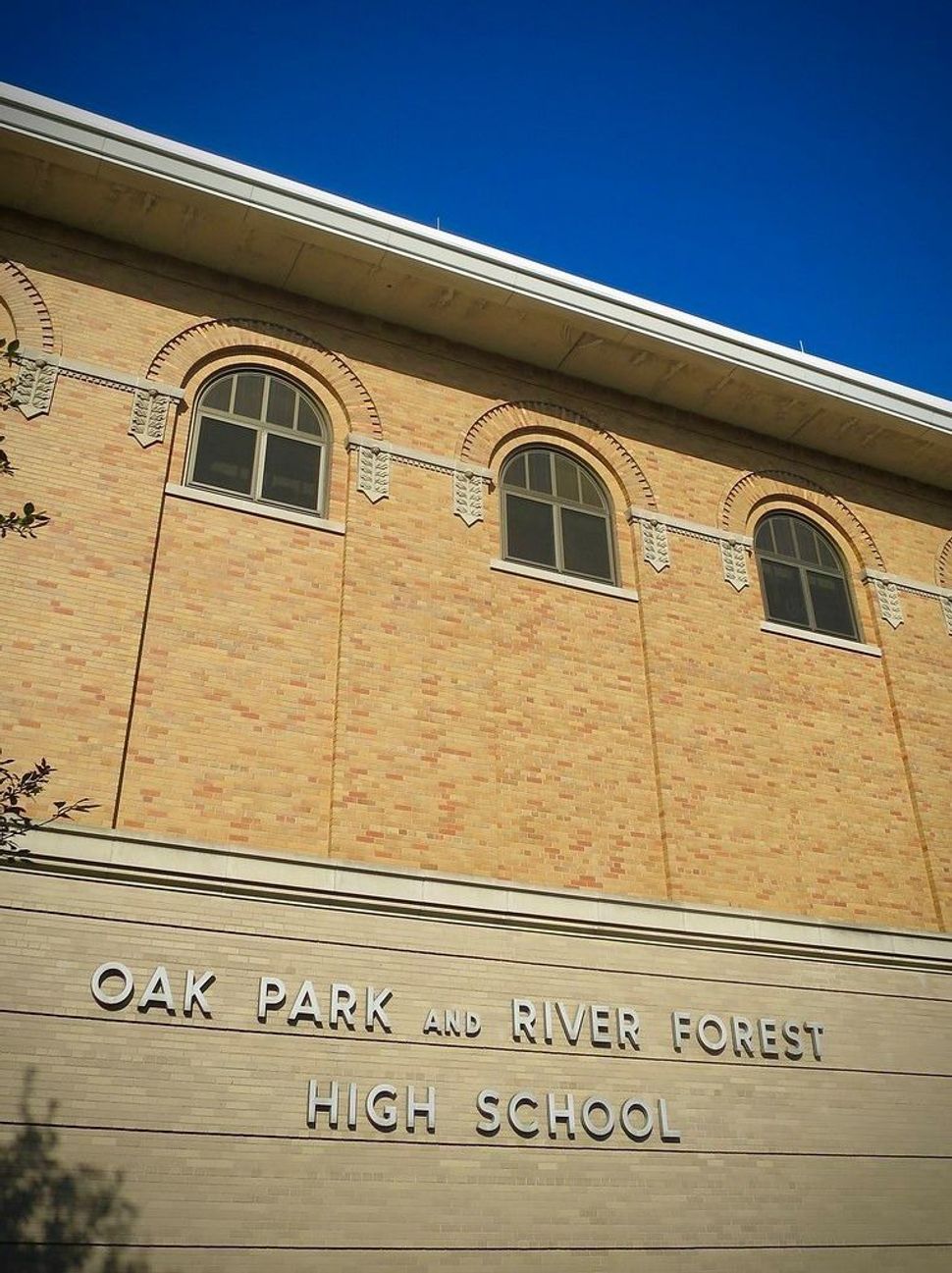 Oak Park and River Forest High School, in a suburb of Chicago. Image by Flickr

A high school in a Chicago suburb is spending $53,794 to reprint this year’s run of yearbooks after administrators at the school grew concerned that a hand gesture made in one of the photos is identical to a popular white nationalist symbol, Insider reported.

The sign in question is the is-it-or-is-it-not-a-hoax symbol of the classic “OK” sign, which has been appropriated — both as a joke and not as a joke, in typical internet humor fashion — as a kind of Vulcan salute for white nationalists. According to the Anti-Defamation League, the symbol is supposed to create a W (the raised pinky, ring and middle fingers) and a P (the thumb and the pointer finger), for “white power.” It originated on 4chan, the shadowy internet forum site that has birthed many anti-Semitic conspiracy theories.

Oak Park and River Forest High School is a 3,300 student school in the tony Western suburb of Oak Park. It is about half white, 21.4% black, 12.1% Hispanic and about ten percent students of mixed race, according to Illinois Report Card.

In a letter, Superintendent Dr. Joylynn Pruitt-Adams said that the school saw “18 photos of clubs or teams in which students of various races, ethnicities, genders, and grades made a hand gesture — an upside-down OK sign.”

But the gesture is also associated with the “circle game,” in which someone gets someone else to look at them making the hand symbol surreptitiously, e.g. under the desk in a classroom, and if they are successful in making the second person look, have the right to hit them. (Yes, this is a real thing teenagers do.)

The pictures were sent to the yearbooks printer no later than December, the superintendent said — apparently before the school officials were aware of its connotations with white nationalism.

“I want to be clear that we are not making any presumptions about students’ intent in using the gesture. Regardless of intent, however, there is a real and negative impact,” Pruitt-Adams told Insider. “Many students, not only our students of color, experience this gesture as a symbol of White supremacy. Potentially subjecting our students to this trauma is simply not acceptable.”

The school has been under a microscope since it was profiled in the Starz documentary series, “America to Me.” The documentary detailed the achievement gap between white and black students at the school and the social segregation of that defines many students’ experiences. There have also been instances of racist and anti-Semitic graffiti discovered at the school — in November of last year, graffiti saying “Gas the Jews” and using racial epithets were found on the campus.

The school had already printed about 1,750 yearbooks. Reprinting costs could stretch to $80,000.