Rep. Steve King Was Kicked Off House Committees Over White Nationalism. Now Some In The GOP Want Him Back. 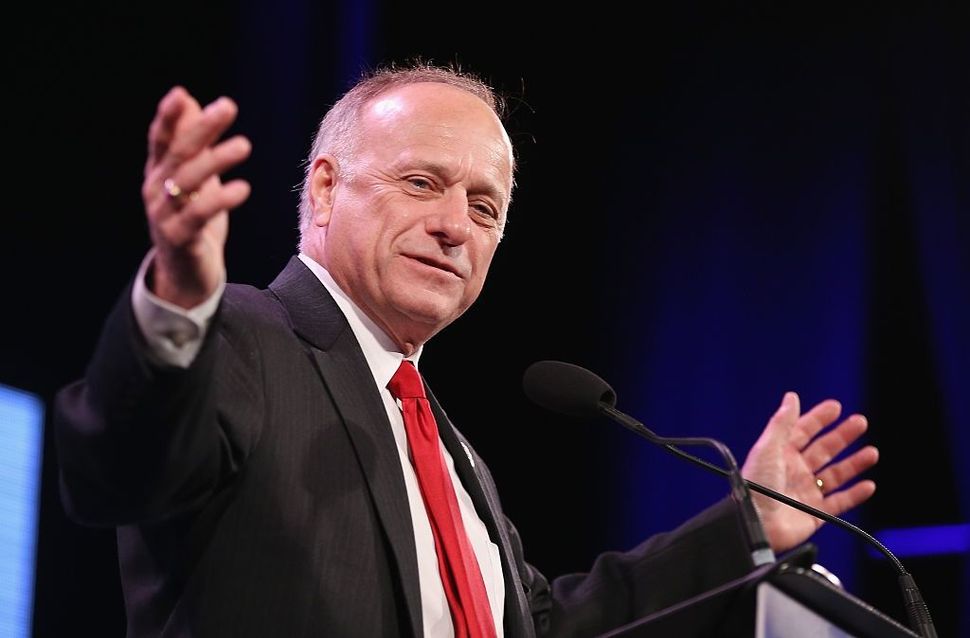 Some Republicans in the House of Representatives are trying to get Rep. Steve King back on congressional committees, months after he was kicked off them for making offensive comments about white nationalism, Politico reported Monday.

Politico named three leaders of the effort, but noted others were involved as well. “It was unfair the way it was quoted,” one of the leaders, Rep. Louie Gohmert, told Politico, referring to the January interview King did with The New York Times in which King said, “White nationalist, white supremacist, Western civilization — how did that language become offensive?”

The House voted to censure King shortly after the comments were published, and GOP leadership stripped him of his assignments on the Judiciary, Agriculture, and Small Business Committees.

The group is said to be struggling to get the 25 signatures needed to force a vote of the Republican Steering Committee on the issue.

“Steve King’s rhetoric has been a thorn in everyone’s side for years and I don’t think anyone is eager to return to the incessant headaches that lending him credibility brings,” a GOP aide told Politico. “While there may be a very small faction of his friends that want to help him out, the vast majority of Republicans know that his offensive views haven’t changed, and that those views have no place in our party.”

In the past year alone, King has retweeted a British neo-Nazi and refused to apologize for it, endorsed a white nationalist running for mayor of Toronto and met with a far-right Austrian party with Nazi ties while on a trip to Europe funded by a Holocaust memorial group.

Some of the leaders of the pro-King effort have their own controversial history. Both Gohmert and fellow King ally Rep. Paul Gosar have promoted conspiracy theories that Democratic megadonor and Holocaust survivor George Soros turned in fellow Jews to the Nazis. Gosar also claimed in 2017 that Soros-backed organizers, not white nationalists, were really behind the violence in Charlottesville, Virginia.

Rep. Steve King Was Kicked Off House Committees Over White Nationalism. Now Some In The GOP Want Him Back.