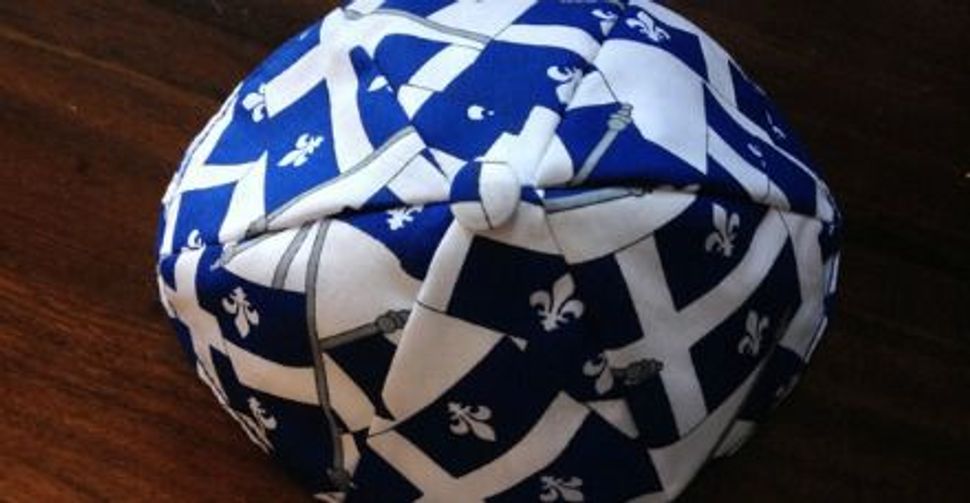 Bill 21 passed Sunday in a 73-35 vote following a marathon legislative session over the weekend that featured contentious debate. Polls have consistently shown widespread support for the legislation among the province’s French-speaking majority.

Critics say the real target is the Muslim community and that the new law abrogates Canadian human rights charters by invoking an override clause. Defenders say the law is in keeping with the promotion of secular neutrality by the state and will promote harmony in the province.

Some Jewish-majority municipalities have passed motions promising never to enforce the law, which has seen months of acrimonious debate and public hearings.

“The Jewish community of Quebec is profoundly disappointed by the adoption of Bill 21,” Brenda Gewurz, chair of the Centre for Israel and Jewish Affairs in Quebec, said in a statement Monday. “This bill is reckless. It undermines religious freedom and equal access to employment.”

The majority right-leaning Coalition Avenir Québec government under Premier Francois Legault closed debate to push through the legislation in time for the summer recess. During the debate, one Jewish mayor was roundly criticized for comparing the bill to “ethnic cleansing.”

Last-second codicils to the legislation allow for surveillance and disciplinary mechanisms that will mete out sanctions if the law is broken. Those chosen to enforce the law already are being dubbed the “secularism police.”

“We are troubled by the last-minute amendments,” Gewurz said. “This legislation is incoherent and in too many regards arbitrary.”