WATCH: Jon Stewart Fires Back At Mitch McConnell Over 9/11 Bill 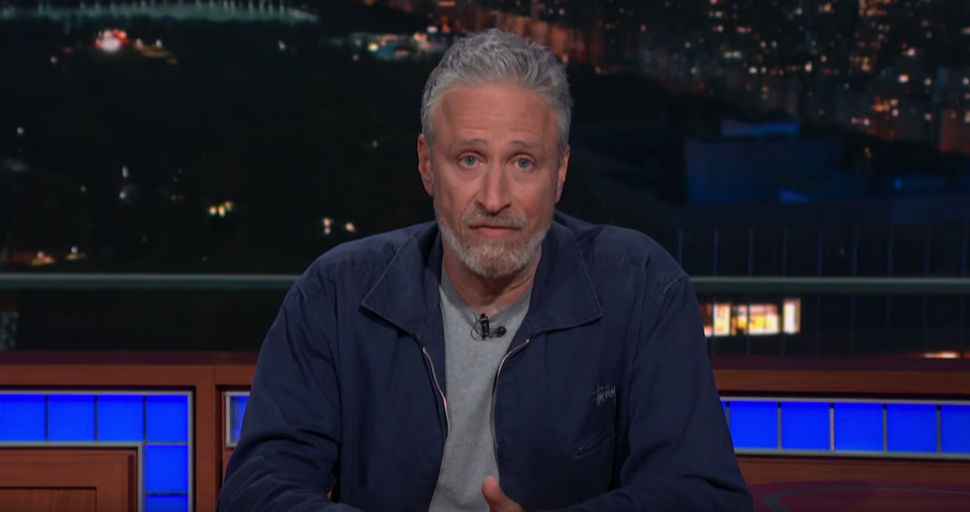 Former “Daily Show” host Jon Stewart fired back at Senate Majority Leader Mitch McConnell in a surprise appearance on “The Late Show with Stephen Colbert” on Monday, escalating their public feud over a bill to permanently endow the 9/11 Victims Compensation Fund.

The tiff began when Stewart, a longtime supporter of 9/11 first responders, testified last week to the House Judiciary Committee about the importance of renewing the fund, which is set to expire in 2020. He noted that the chamber was half-empty and members of Congress were filing in and out of the room. “It’s an embarrassment to the country, and it is a stain on this institution,” he said. “And you should be ashamed of yourselves for those that aren’t here, but you won’t be.”

The House quickly and unanimously passed the bill, sending it to the Senate. Asked about it on Fox News on Friday, McConnell said that it was normal for members of Congress to miss hearings because they “have a lot of things going on at the same time.”

“Now I feel stupid,” Stewart said on Monday. “This is a huge misunderstanding. I didn’t know that they were busy. I didn’t mean to interrupt them with their jobs!”

McConnell also promised that the fund renewal would pass, since lots of things in Congress get done at the last minute. “I don’t know why he’s all bent out of shape,” McConnell added.

“No, Mitch McConnell, I am not bent out of shape!” Stewart responded. “I’m in fine shape! Well, I am out of shape…I’m actually more pizza crust than man, really, at this point.”

“I’m bent out of shape for them,” he continued. “These are the first heroes and veterans and victims of the great trillions-of-dollars war on terror. And they’re currently still suffering and dying and in terrible need. You know, you’d think that would be enough to get Congress’s attention. But apparently it’s not!”

He urged McConnell to meet with affected first responders as soon as possible. If the senator is too busy, Stewart said, “Just understand the next time we have a war, or you’re being robbed, or your house is on fire, and you make that desperate call for help—don’t get bent out of shape if they show up at the last minute with fewer people than you thought were going to pay attention and don’t actually put it out. Just sort of leave it there smoldering for another five years, because that’s how s***’s done around here, mister! I’m sure they’ll put it out for good when they feel like getting around to it.”

Over 90,000 people are still being treated or monitored for 9/11-related diseases, the Daily News reported.

WATCH: Jon Stewart Fires Back At Mitch McConnell Over 9/11 Bill