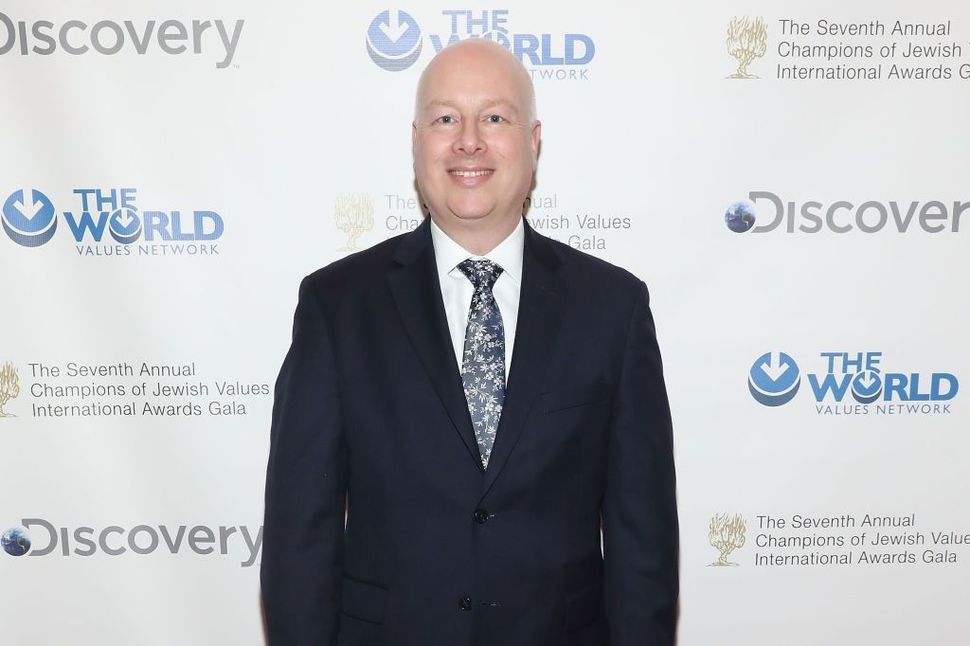 President Trump’s international peace negotiator, a frequent critic of Palestinian leaders and actions, told CNN on Wednesday that he hadn’t publicly knocked Israel or Prime Minister Benjamin Netanyahu because he didn’t see anything worth critiquing.

“I haven’t found anything to criticize that goes over the line,” Jason Greenblatt told CNN.

Speaking on the sidelines of an economic conference in Bahrain designed to renew the peace process, Greenblatt was also asked by CNN if the Israeli had done anything unhelpful to pursuing peace. “No. I think the government of Israel has been engaged,” Greenblatt responded.

Israeli government officials were not invited to Bahrain after Palestinian leaders decided to boycott the conference, because they said they were never consulted on how the program would go.

Greenblatt, the former chief legal officer of The Trump Organization before joining his boss in the White House, has consistently criticized Palestinian support for terrorism, as well as their reluctance to deal with the Trump administration. An NBC News analysis last month found that Greenblatt had used his Twitter account to criticize Palestinians hundreds of times, but had not once criticized Israel or Netanyahu.

When CNN pointed out that he and the White House never reacted to Netanyahu’s campaign pledge to annex parts of the West Bank, Greenblatt responded that it was a “theoretical conversation.” He said there was no comparison between his silence there and his criticisms of Palestinians rejecting the Trump team’s overtures.

“When I condemn the PA for those kinds of statements, it’s saying that our peace plan is going to be born dead. That’s a very different thing. There is no comparison to the two statements,” Greenblatt said. “The Palestinian Authority is not only condemning our peace plan, they’re taking action to subvert it, to undermine it, to prevent peace from happening. They’re not here. They didn’t just say they’re not coming, they’re actually not here. That’s much more than a political statement.”

Palestinian leaders have frequently raised alarm at the White House’s failure to publicly back the two-state solution, which would include an independent Palestinian state. In his own CNN interview Wednesday, White House senior advisor/son-in-law Jared Kushner refused to say if the United States backed such a solution.