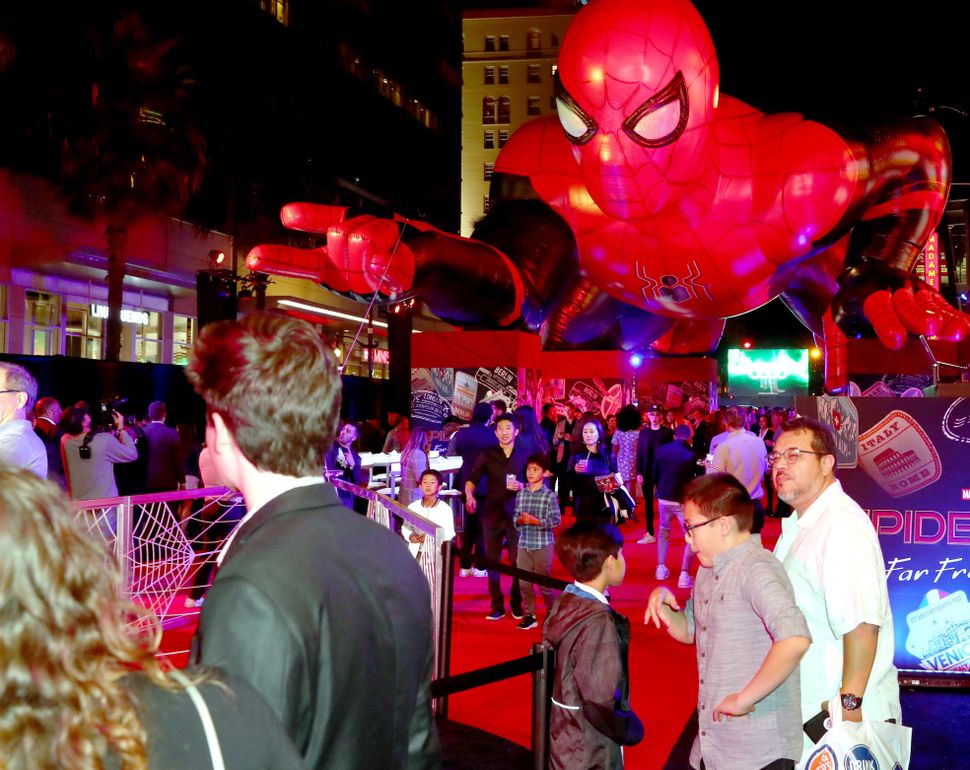 The world premiere of “Spider-Man: Far From Home” on June 26, 2019. Image by Joe Scarnici/Getty Images

Playstation 4’s “Spider-Man” video game is known for its meticulous, open-world recreation of New York City — right down to the pedestrians. And as a painstaking facsimile, the game’s locales come complete with Orthodox Jews wearing kippot and wide-brimmed hats.

But if you find yourself playing the game on Shabbat, you may notice that these characters disappear.

On June 26, a Reddit user on the r/Judaism thread shared that Orthodox non-playable characters (NPCs) are absent from the virtual streets on Saturdays.

In April, one of the game’s senior programmers, Elan Ruskin, confirmed the easter egg on Twitter.

This feels like the right time to mention an Easter egg that everyone’s passed over so far: these guys don’t work on Saturdays! pic.twitter.com/kJydFBG4DG

Per Ruskin, these Shabbat disappearances appear to be a matter of halakhic precedent. When NPCs appear in the game, they’re laboring as video game background actors. It follows that Orthodox Jewish NPCs would follow a work prohibition on Shabbat.

While Spider-Man, whose own Jewish bona fides are debatable, can swing almost anywhere in the game’s New York recreation, the reach of the Orthodox NPCs’ eruv is unknown.