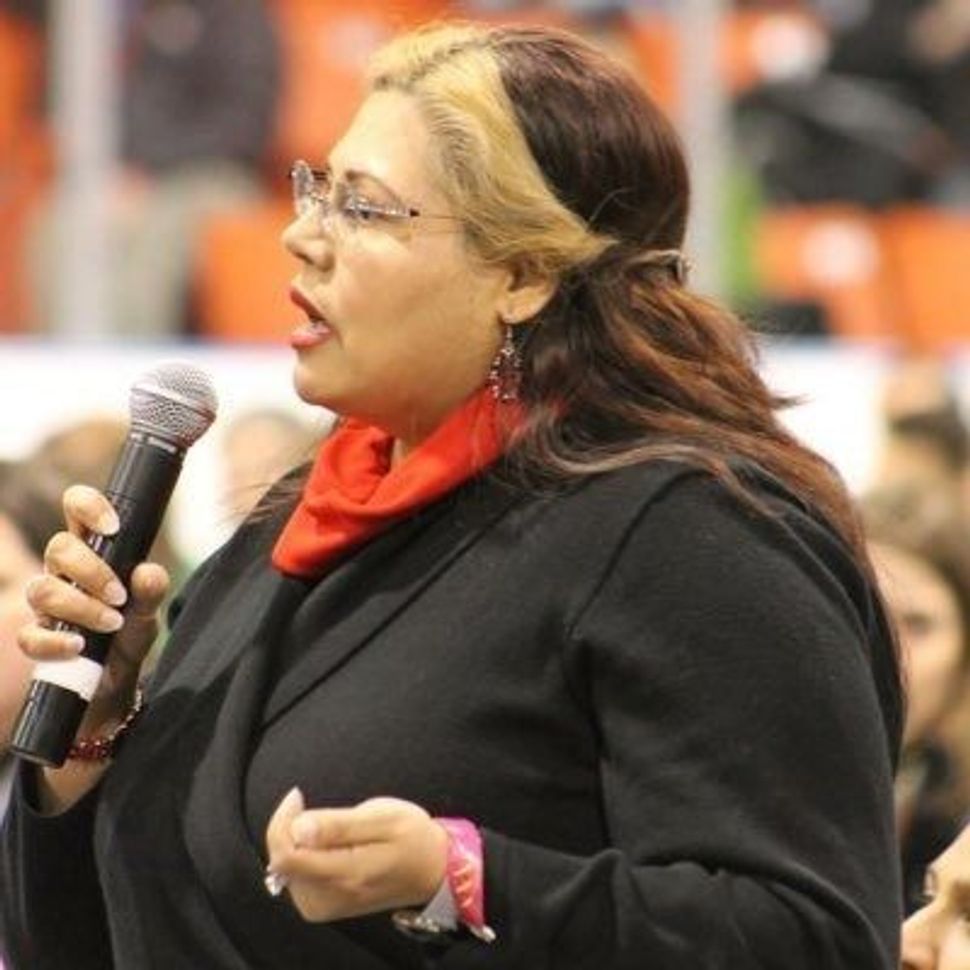 (JTA) — A candidate to represent the New Democratic Party in a voting district in Nova Scotia was removed for tweets that accused Israel of committing genocide against the Palestinians and compared Israel to the Nazis.

Rana Zaman, who is Muslim, was running in the Dartmouth-Cole Harbour district for the NDP, a social democratic federal political party in Canada. She was removed last week after tweets surfaced from a year ago.

The NDP said in a statement that the candidate was removed “due to language in social posts that was unacceptable.”

One tweet from June 4, 2019 read: “Thousands of Israelis came into Palestine and were welcomed when the world turned them away. Now they’re committing genocide against Palestinians because Israel is not willing to share! Tell me what are Palestinians supposed to do..just die..oh wait!They are!! Where’s your heart?”

Another deleted tweet captured in screenshot read: “I wonder if #Israel borrowed this from the #Nazis after they saw how successful they were? At the speed Israel is killing I wonder if they’re aiming higher than six million #Palestinians? #Gaza is the new #Auschwitz and #Israeli the gatekeepers!”

In an apology sent to the media on June 21, Zaman wrote that “leaders and friends in the Jewish community” educated her on how comparing the actions of Israel to Nazi Germany were “inappropriate, hurtful and sadly may be perceived as anti-Semitic.” She said her intention had been to “raise awareness” and engage in “productive dialogue.”

A day earlier, however, she tweeted: “I regret to say I’ll no longer be the candidate for the NDP, due to “words” used in tweets about Palestine/Israel.My attempt failed to get engagement to start a conversation a year ago but thanks to interested parties is successful today! Activism has its price,I’m willing to pay.”