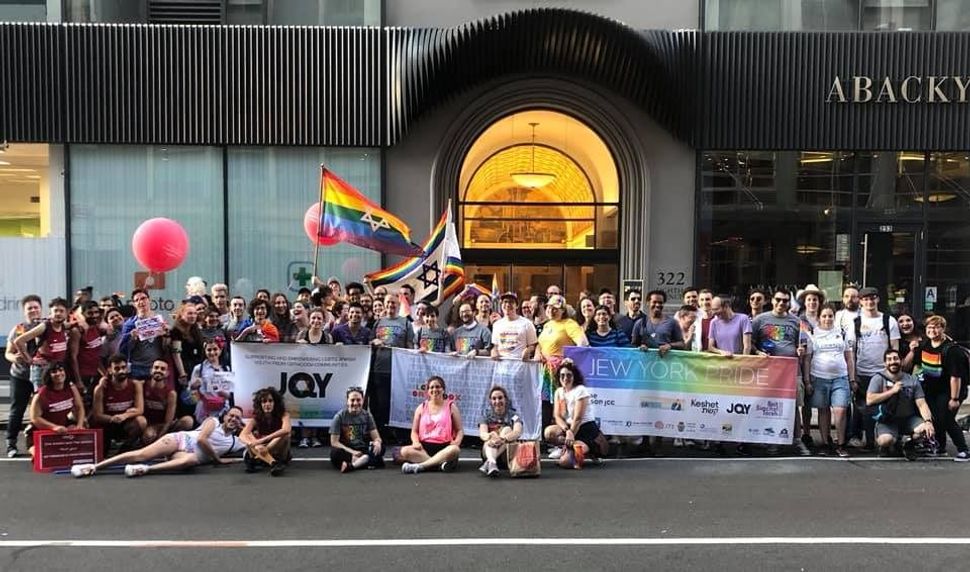 A large delegation from the organization Jewish Queer Youth joined with millions of people marching in WorldPride in New York on Sunday, celebrating the 50th anniversary of the Stonewall uprising, considered the beginning of the modern gay rights movement.

Several young Jews, some wearing kippot, marched, danced, and waved Pride flags as representatives of the group, which describes itself as “a nonprofit organization supporting and empowering LGBTQ youth in the Jewish community.”

Notably, members of the group waved the “Jewish Pride” flag, a rainbow flag emblazoned with a white Star of David, which has been banned from some LGBT events, like the Chicago and D.C. Dyke Marches.

D.C. organizer Rae Gaines told the Forward last month that the Jewish Pride flag, which has a similar format to the Israeli flag, was not welcome because the Star of David made it look like a “nationalist symbol.” The move was criticized at the time by JQY and other Jewish LGBT groups.

At WorldPride on Sunday, the JQY delegation carried both the Jewish Pride flag and an Israeli Pride flag — with two rainbow stripes where the Israeli flag’s stripes would be blue — as well as a Jewish Bisexual/Biromantic Pride flag.