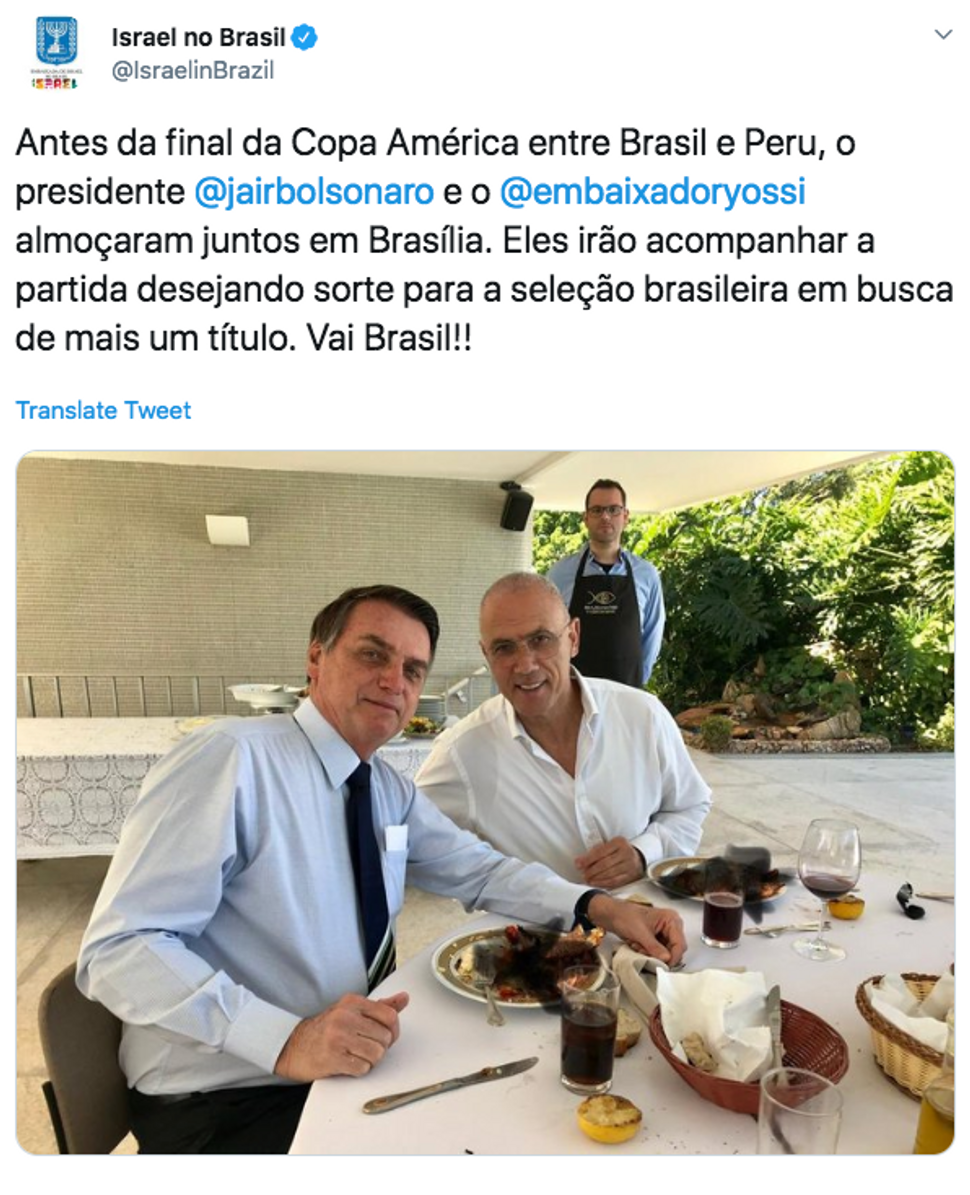 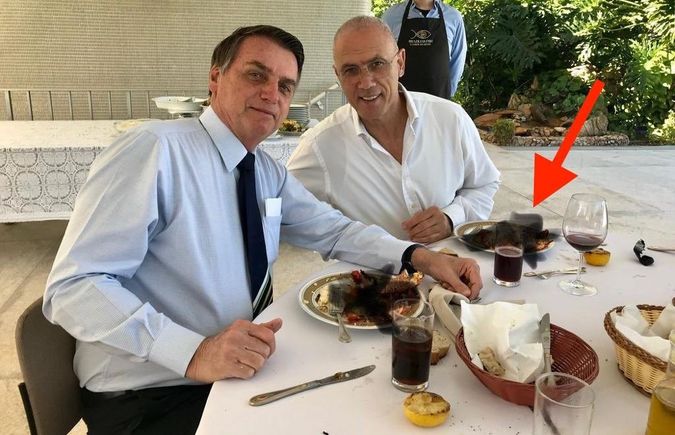 Israel’s ambassador to Brazil found himself in hot water earlier this week, not long after his lunch had found itself in a bit of hot water, too.

On Sunday, Yossi Shelley posted a picture of himself having lunch with Brazilian president Jair Bolsonaro, a far-right populist.

But the source the lunch’s infamy wasn’t Bolsonaro’s policies, which may threaten indigenous Brazilians, LGBTQ Brazilians and the environment. It was the lobster on Shelley’s plate.

In a picture posted to Twitter, the lobster that is fairly obviously sitting on Shelley’s plate is hastily scribbled out in not-quite-totally-opaque black digital marker. As the Washington Post reported, observers picked up on the poorly concealed crustacean and pounced. 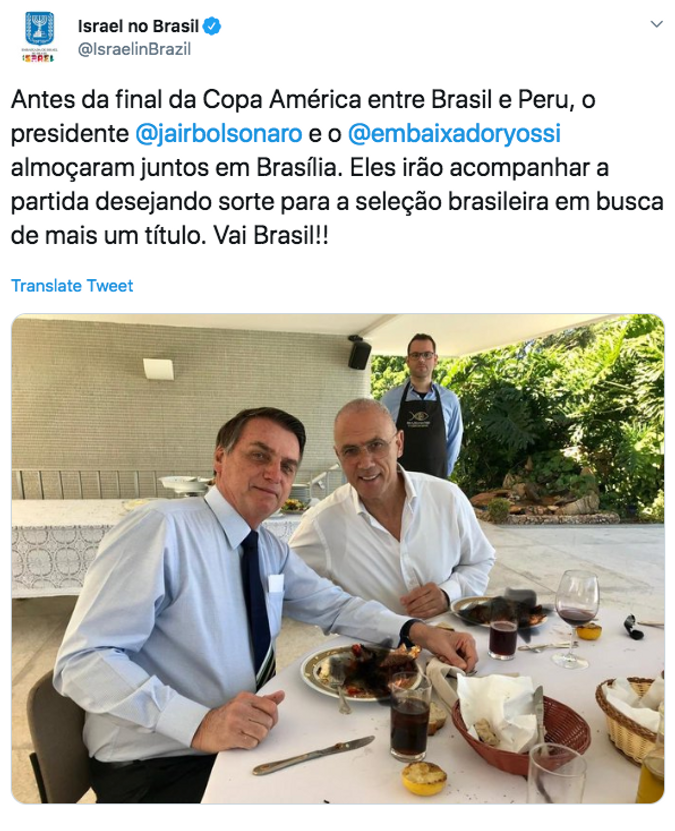 Other Israeli politicians, from Israeli Prime Minister Benjamin Netanyahu to Shimon Peres, have faced fury from Orthodox constituents and lawmakers for not adhering to the laws of kashrut.

Bolsonaro has forged particularly close ties to Netanyahu since his election last year. In January, Netanyahu became the the first Israeli PM to visit Brazil.

In April, Bolsonaro said that Nazism was a left wing movement after visiting the Yad Vashem Holocaust museum in Jerusalem.

Update, 12:30 p.m. — Landau reported on Twitter that Shelley denied that the food on his plate was lobster, saying instead that it was salmon.