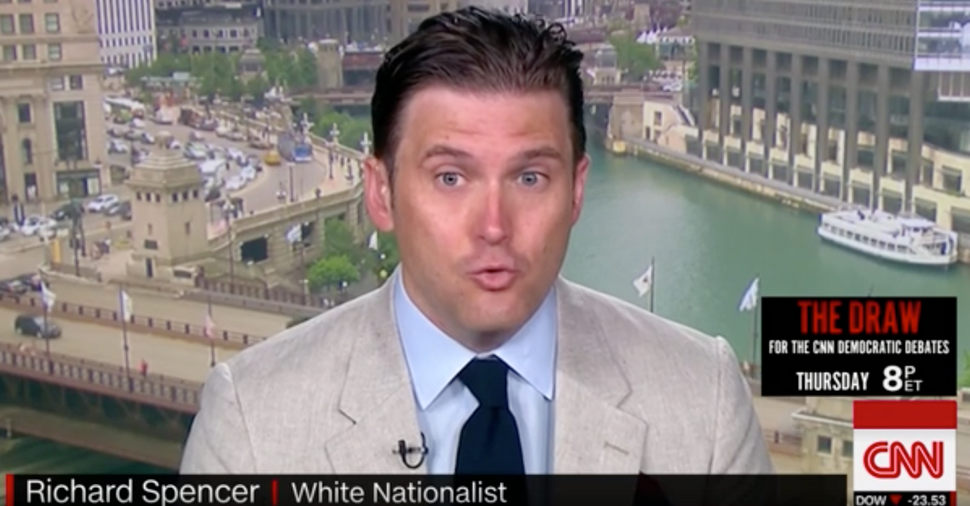 CNN reporter Sara Sidner interviewed Spencer for “The Lead with Jake Tapper” for a segment about white nationalists’ reactions to Trump’s statements telling Democratic congresswomen of color to “go back” to their ancestral countries.

Spencer, who has advocated for “peaceful ethnic cleansing,” used the platform to explain that he was in fact not happy with the tweets, saying Trump was playing a “con game” and won’t actually practice the white nationalism he’s preaching.

“He gives us nothing outside of racist tweets,” he said. “And by racist tweets, I mean tweets that are meaningless and cheap and express the kind of sentiments you might hear from your drunk uncle while he’s watching [Sean] Hannity.”

Some online observers were critical of CNN giving Spencer a platform at all. Tapper stepped in on Twitter to defend his colleague.

.@sarasidnerCNN covers racists and white supremacists for us (among other subjects) and does a great job. She did a taped package for cnn about the reaction of white supremacists to the president’s tweets. Part of that included quoting these miscreants.