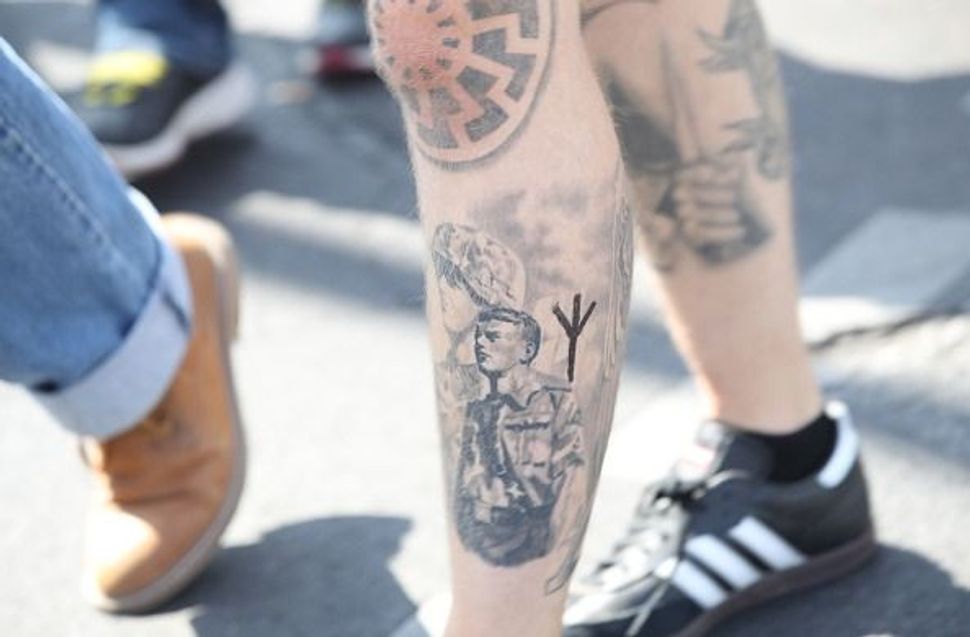 The California Supreme Court unanimously overturned a white supremacist’s death sentence after they found that prosecutors tainted the jury’s deliberations by focusing on his Nazi tattoos, The Washington Post reported.

Jeffrey Scott Young, who at the time was affiliated with neo-Nazi groups like the Aryan Brotherhood, was on trial for murder in 2006. He was covered in tattoos, including a swastika, a Confederate flag and a tree with a noose. “What you permanently put on your body says a whole lot about what you are thinking and about who you are,” the prosecutor said in her closing argument.

But the court found that because the murder wasn’t racially motivated, his tattoos should have been irrelevant to the trial.

“The prosecutor openly and repeatedly invited the jury to do precisely what the law does not allow: to weigh the offensive and reprehensible nature of defendant’s abstract beliefs in determining whether to impose the death penalty,” Justice Leondra Kruger wrote.

Young and two others robbed a parking tollbooth near San Diego International Airport in 1999. They admitted the heist was poorly planned, leading to the deaths of the toll operator and parking lot manager. Young had been in prison before, and a therapist testified that he became a skinhead to protect himself and gain a sense of belonging. Instead of using this evidence alone, the prosecution brought in witnesses to talk about Young’s racism, plus an expert from the Anti-Defamation League to explain the tattoos’ significance. The jury unanimously agreed on a death sentence.

Now prosecutors have to decide whether to reduce his sentence to life without parole, or begin a new trial so they can re-pursue the death penalty.