Marianne Williamson Talks To Kid Reporter About Her Dead Cat 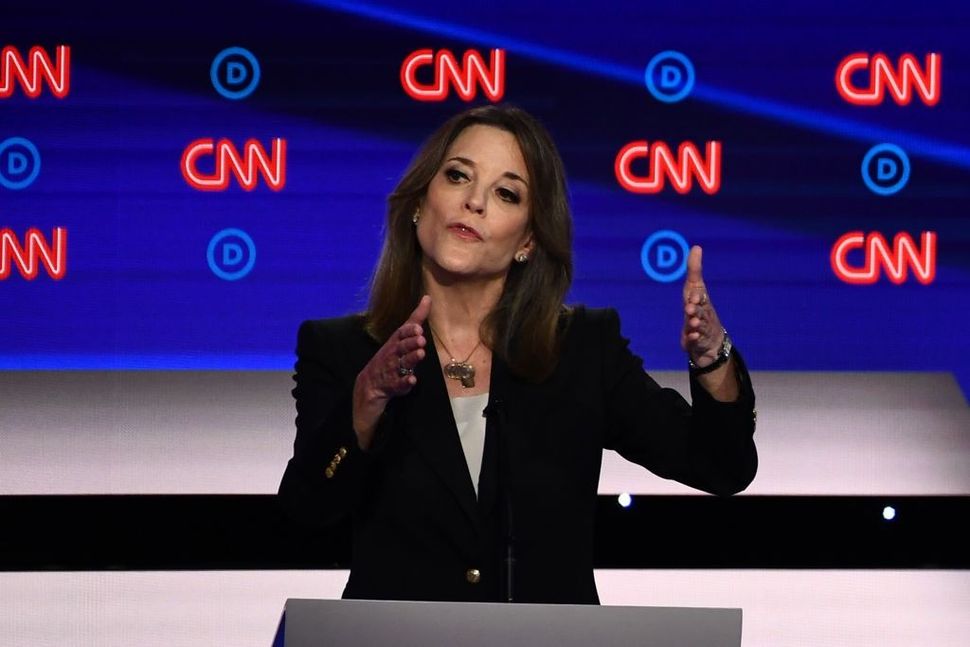 Walking through the “spin room” after her surprisingly successful debate performance on Wednesday night, Democratic presidential and spiritual guru Marianne Williamson stopped to conduct an interview with a 10-year-old boy.

Jeffrey Kraft of KidScoop Media asked Williamson if she had a pet. “I had a cat and the cat died,” Williamson replied mournfully.

Kraft was visibly nervous but powered through with his next question. “When you become president, what animal would become the White House’s pet?” he asked.

“That’s such a hard position,” she said. “I love cats but I had a dog when I was a child. And you know, this is the thing: The White House is really big. You could have both. Theoretically, you could have a cat and a dog, because it’s a big house.”

Young reporter: “If you become President, what animal will become the White House’s pet?”

Answer: “The White House is very big. Theoretically you can have a cat and a dog.” pic.twitter.com/1HCTVHqcuU

Williamson, who is Jewish, was the most searched-for candidate of the night, according to Google. She received applause when speaking about the “dark psychic force” of “collectivized hatred” orchestrated by President Trump, and called for $200 billion in reparations payments to descendants of slaves. “People heal when there is some deep truth-telling,” she said.

Kraft, who is also Jewish, also writes restaurant reviews for his local newspaper, the Culver City News. He told JTA that his favorite Jewish holiday is Hanukkah, “because on Hanukkah I love lighting one candle every day and the other thing I love about it is every day you get a small present.”

Marianne Williamson Talks To Kid Reporter About Her Dead Cat