Marianne Williamson: ‘I Am Not A Cult Leader’ 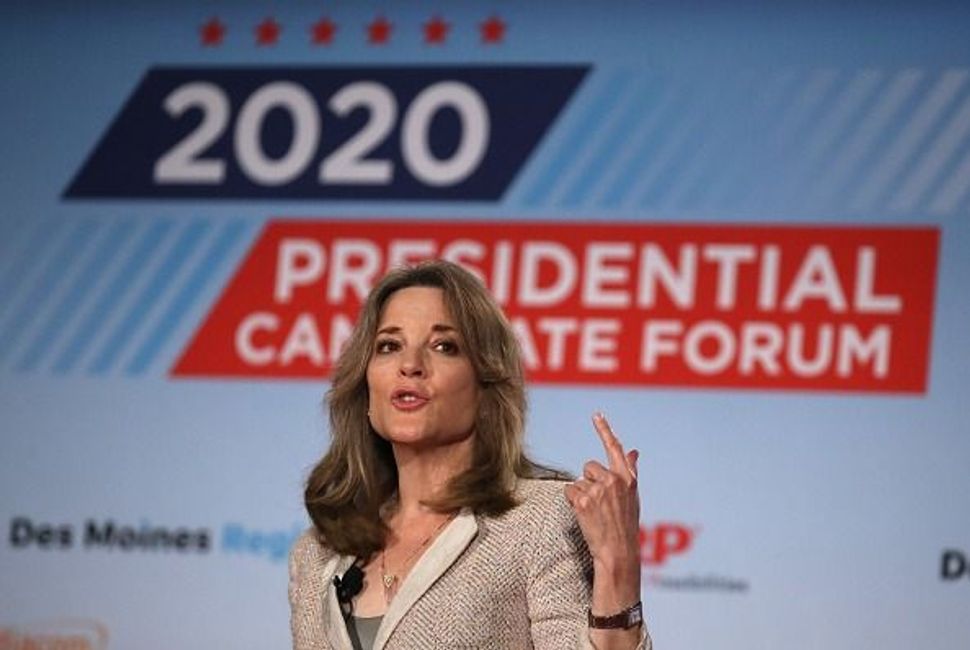 “I am not a cult leader,” Marianne Williamson tweeted.

On Tuesday, the 2020 presidential candidate sought to refute claims that she was against vaccines. She suggested that she can’t be anti-science because she often quotes Albert Einstein.

I am not a cult leader. I am not anti-science (that one is almost funny, given how much I quote Einstein). And I am not an anti-vaxxer. Hoping that if I repeat it 3 to 4 times a day I might penetrate the field of lies created to keep some people out of the conversation.

“The U.S. government doesn’t tell any citizen, in my book, what they have to do with their body or their child,” she said, according to NBC News’ Julia Jester.

“My qualification is that I am an American woman.” @marwilliamson speaks to supporters in Manchester, NH about why she should be the next president pic.twitter.com/vycDeSo0Xj

Williamson started to walk back her comments, tweeting that “many vaccines are important,” before questioning drugs pushed by “Big Pharma.”

Vaccines have become a banner issue in New York this year following a historic outbreak of measles among ultra-Orthodox Jews. In communities worst affected by the outbreak, pamphlets and magazines with misinformation about vaccines have circulated, leading to overblown fears about the link between vaccines and chronic conditions and Autism.

Marianne Williamson: ‘I Am Not A Cult Leader’