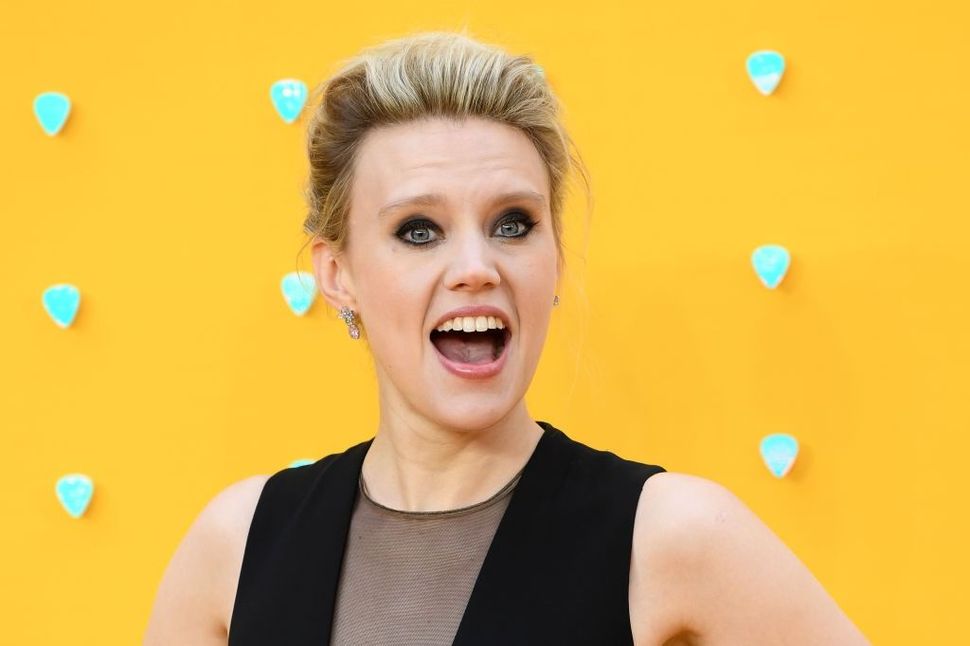 [Kate McKinnon’s impression of Democratic 2020 hopeful Marianne Williamson is so spot-on, no amount of sage will ever be able to burn it from your mind.

The “Saturday Night Live” comic, whose greatest hits as an impersonator include Hillary Clinton, Elizabeth Warren, Angela Merkel, and Justin Bieber, appeared on “Late Night With Seth Meyers” less than two hours after Thursday night’s second democratic debate. And since “SNL” is off the air for the summer, McKinnon seized the opportunity to air her impression of Williamson, the Jewish self-help guru, weight-loss instructor, cabaret singer, and former minister who is running for the 2020 primary.

‘She was a shining comet,’ McKinnon said of Williamson, adding that she started practicing her impression even as the debate aired. Meyers wrote on Twitter that he and his writing staff watched the debate together with McKinnon, and “turn[ed] around to see Kate furiously scribbling in a note pad.”

McKinnon, on the show to promote her role in the upcoming Danny Boyle movie “Yesterday,” gave a sample of her Williamson impression. “My plan…is to gather all the sage in America and burn it. My plan is to harness the energy of babies, to finally put a man on the moon,” McKinnon purred, widening her eyes and lowering her voice.

You can watch the rest below. Our take? McKinnon is brilliant, but Jewish comedian Jenny Slate was born to play this role. We’re not endorsing anyone, but we hope both comic geniuses have a chance to face off as Williamson.