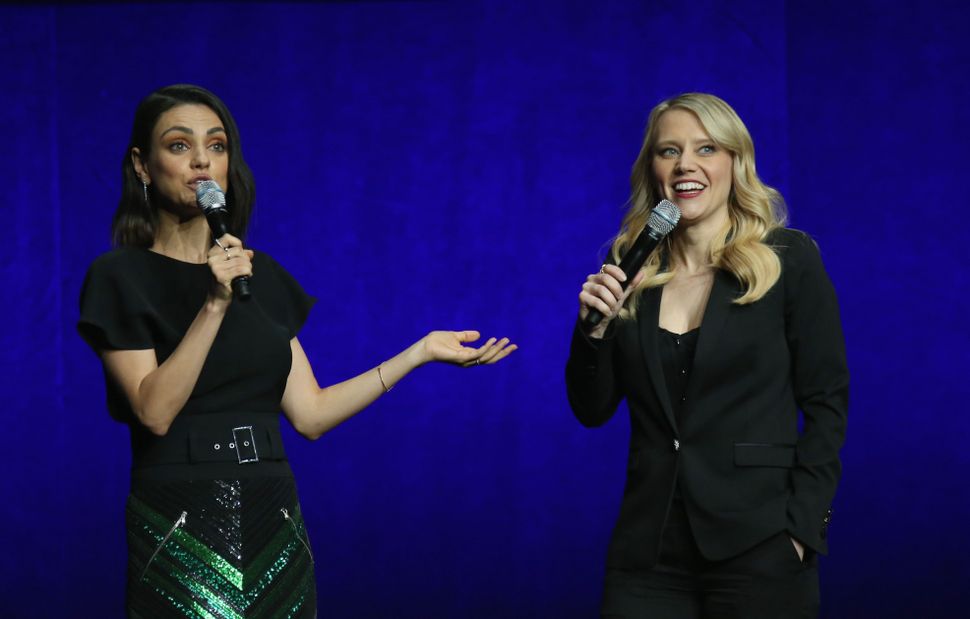 “Women should get their own stories,” said Rachel Weisz, when asked recently if she was interested in seeing a remake of the Bond films with a female protagonist. “Why not create your own story?”

It is with that spirit of intrepid female creativity that we introduce Schmooze readers to the trailer for what may be the most important movie in the summer of 2018: “The Spy Who Dumped Me.”

Starring Mila Kunis and Kate McKinnon, the movie promises fabulous representation of women, Jews, and queer people (though we don’t “spy” a lot of racial diversity in this trailer.) The premise, apparently, is that Mila Kunis was dumped by a man who the CIA is tracking. And the results, we predict, will be devastatingly enjoyable. The title piques our concern, but remember!: the subversive “Crazy Ex Girlfriend” initially seemed to have a damning title at first too.

If you’re wondering if “The Spy Who Dumped Me” is the rare action comedy movie that is directed by a woman, and a Jewish woman at that — it is. Oh, glory be.

There is an idea that women, rather than trying to be equal to men in typically “masculine” strength and power, should bring our own gifts — compassion, creativity, intuitiveness…this is malarkey. Maybe, “women’s versions” of things like spy movies will be hysterically funny, occasionally violent, and sexy on our own terms.

We’ll find out, when “The Spy Who Dumped Me” arrives in theaters on August 3.