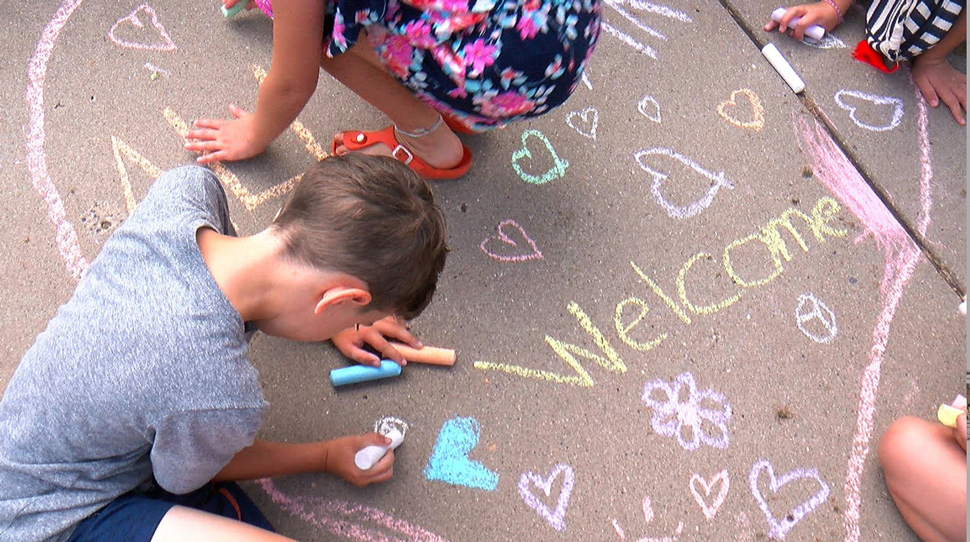 (JTA) — Anti-Semitic graffiti was painted on the door of a school in Minneapolis, the 17th incident reported by the Jewish community so far this year.

The graffiti discovered on Thursday at the Lake Harriet Upper School in Minneapolis included a swastika and the words “Kikes must die!”

The graffiti was painted over on Thursday afternoon, according to local reports.

On Friday, students of the school created chalk street art to spread messages of love and acceptance. The artwork included Stars of David and messages such as “I belong, you belong, we all belong” and “Love all!” A second “Chalk the Walk: Love Lives Here” was scheduled for Sunday.

Steve Hunegs, executive director of the Jewish Community Relations Council of Minnesota and the Dakotas, said that it is the 17th anti-Semitic incident reported to the JCRC in 2019.

“Perpetrators of these types of incidents are intent on spreading a message of hate and challenging the openness and respectful atmosphere of our community. Collectively, we must reject these chilling acts and the hate they represent,” Hunegs said in a statement.

He said the council has been in close contact with the school principal and law enforcement officials and that “We appreciate their swift response to this disturbing incident.”

Shabbat shalom to all who will gather with their families and loved ones tonight. We hope our entire community has a peaceful and restorative weekend. pic.twitter.com/43ZdVQVvKs