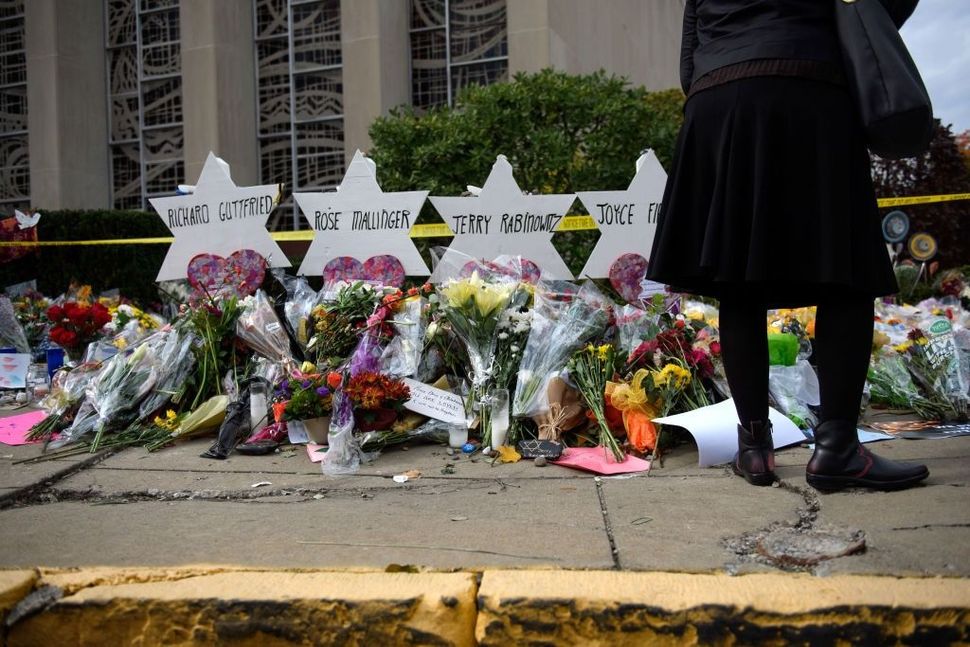 The man who allegedly killed nine people in Dayton, Ohio on Sunday showed a woman footage of the Pittsburgh synagogue shooting on their first date, the woman told the Associated Press.

Adelia Johnson said she met suspect Connor Betts in a college psychology class this year and that they dated for a few months until May. Johnson told the AP that Betts often joked about having dark thoughts, but that didn’t scare because she thought it was a symptom of the bipolar disorder he claimed to have.

Betts’s social media history showed support for leftist causes like the antifa movement and opposition to President Trump. But he also “liked” posts about the mass shooting that had occurred in El Paso earlier that day, including one calling him a “white supremacist.” The El Paso shooter is believed to share similar white nationalist and anti-immigration sentiments to the Pittsburgh gunman.

The Dayton shooting occurred at a bar in Dayton’s Oregon district. Betts allegedly killed nine people, including his sister, before shooting himself.

Eleven people were killed in the Pittsburgh massacre last year. The suspect in that case is facing the death penalty.