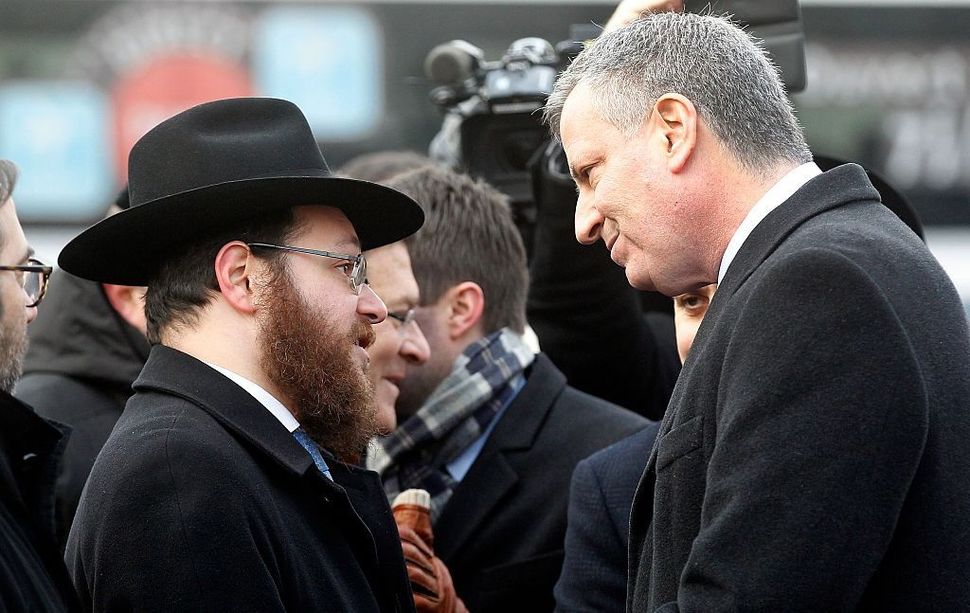 The message called for 10,000 supporters to contribute $1 each to help de Blasio reach the debate’s qualifying threshold of 130,000 donors. As of the publication of this article, only 163 people have contributed via the Yiddish link, raising a total of $202. De Blasio has around 6,700 donors total.

The message is circulating in WhatsApp groups in the Satmar Orthodox sect, which has a large population in Williamsburg, Brooklyn, Politico reported. De Blasio has a long history of ties to New York’s Satmar community.

The fundraising request claims that de Blasio had “personally asked” for the community’s support and implied that contributions would “support your needs [and] the entire ultra-Orthodox public,” according to Politico’s translation.