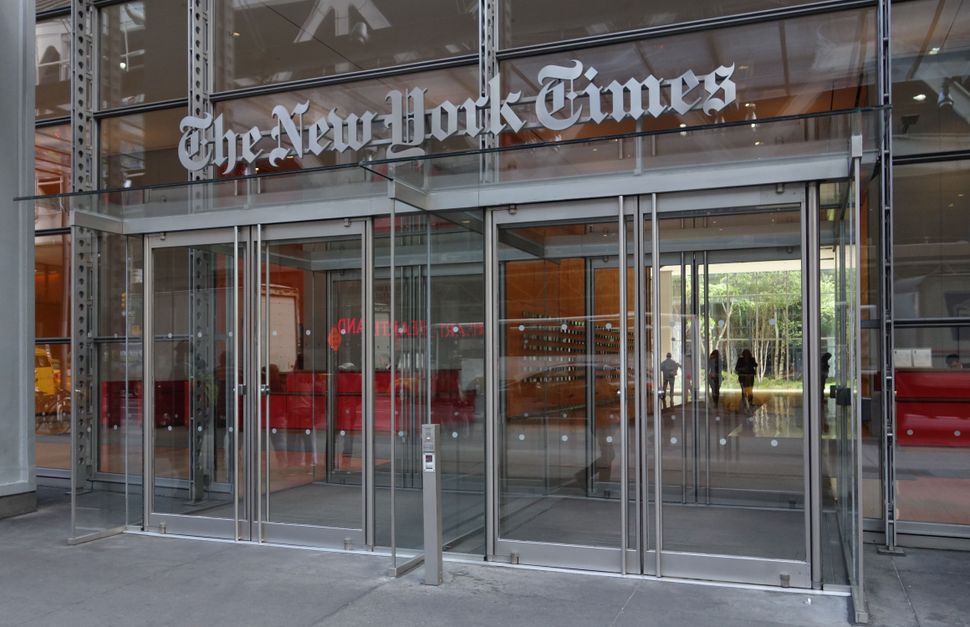 “Jonathan Weisman met with [Executive Editor Dean Baquet] today and apologized for his recent serious lapses in judgement,” the Times said in a statement. “As a consequence of his actions, he has been demoted and will no longer be overseeing the team that covers Congress or be active on social media.”

In one tweet, since deleted, Weisman implied that several lawmakers of color were not representative of the Midwest and the South. In another, he appeared to tell an African-American politician that she wasn’t black.

2. @jonathanweisman is a major problem for the New York Times. He has a history of tweeting stunningly inappropriate things.

“I accept Dean’s judgment,” Weisman told the Times. “I think he’s right to do what he’s doing. I embarrassed the newspaper, and he had to act.”

Weisman is the author of a book on racism entitled “(((Semitism))): Being Jewish in America in the Age of Trump.” In an op-ed for JTA published last year, he wrote about how he had “traversed the country to warn of the dangers of rising nationalism, organized bigotry and anti-Semitic hate.”

The New York Times has recently come under fire for how it covers issues of race in America. A recent headline that stated “Trump Urges Unity vs. Racism” following a series of mass shootings generated controversy among readers who said that it failed to note the president’s alleged role in stoking racial and ethnic tensions. Earlier this year, the paper apologized for publishing what they called an “anti-Semitic political cartoon.”