Who Is WeWork Co-Founder Adam Neumann? 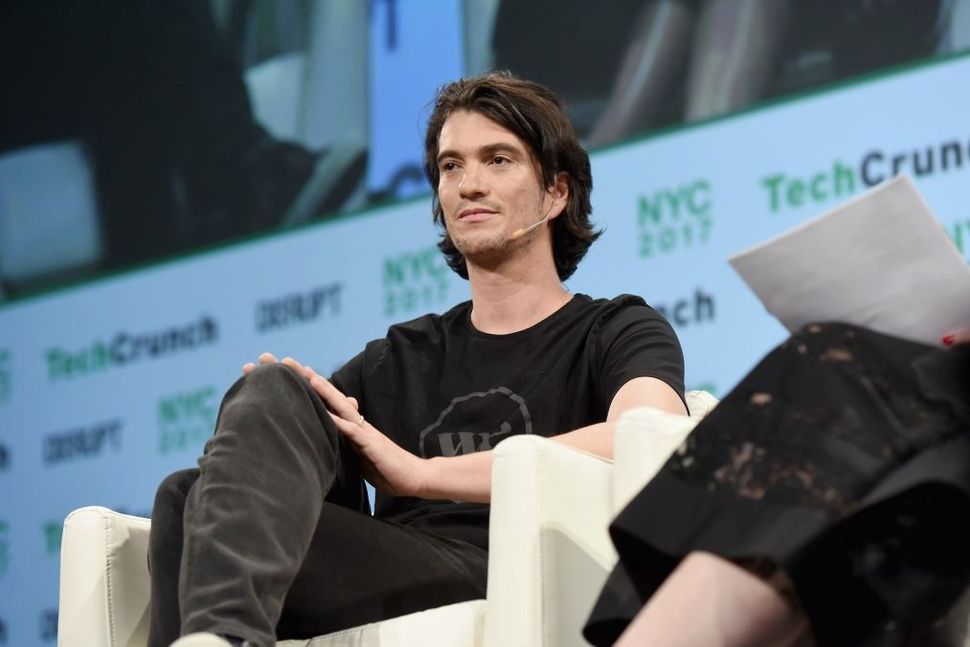 Adam Neumann has been at the helm of WeWork since he co-founded it nearly 10 years ago. On Wednesday, it went public and filed its IPO paperwork, Business Insider reported.

Here’s what you need to know about WeWork’s Israeli co-founder Neumann, who is now worth an estimated $4.1 billion.

He lived for some time on a kibbutz.

Neumann, 40, was born in Israel but moved around a lot with his mother after his parents divorced, according to Business Insider. One of his childhood hometowns is Kibbutz Nir Am, near the Gaza Strip. His mother was a doctor at a hospital in strip in the years it was under Israeli control. Neumann served in the Israel Defense Forces for five years after high school, exceeding the requirement by two years.

WeWork Jerusalem opened a public shared office space in a sukkah, a hut to live in during the week-long holiday of Sukkot. It had indoor and outdoor shared desks with WiFi, a lounge and two conference rooms, as well as a barista, bartender and DJ pumping tunes in the evening. WeWork has five locations in Tel Aviv.

Neumann grew up secular but said he came to appreciate Judaism more once he moved to New York. In 2014, when WeWork was in a high period of growth, he said he “was catching myself not being able to control my ego,” according to CTech, an Israeli tech and startup news source. He went to his rabbi for help, who suggested he start keeping Shabbat, the day of rest in Judaism, when use of electronic devices is prohibited. He said he “highly recommended” it; at a UJA-Federation event, he said it helped, but joked that the moral impact wears off after five days. In 2017, he said he had been observing Shabbat with his family for two years. While using technology is “good for business,” he said he believes “it is not God’s intention.” WeWork employees are not around on weekends, but members who do not observe the weekly holiday are still able to access their shared space.

He struggled with dyslexia.

Neumann couldn’t read or write until third grade, Business Insider reported. Yet he went on to start WeWork out of a tiny New York city apartment in the early 2000s. Now it’s valued at $47 billion. A college professor reportedly told him the idea would fail because he could never raise enough money “to change the way people live.” The IPO filing shows some of the company’s issues, however — there have been years of significant losses, and Neumann’s sales and debt transactions have come to about $700 million.

His wife plays a large role in the company.

Neumann is married to Rebekah Paltrow Neumann, his chief brand and impact officer and cousin of actress Gwyneth Paltrow, according to Business Insider. She also founded and runs WeGrow, a “conscious entrepreneurial school” for 2- to 11-year-olds. She is one of the three people who would choose WeWork’s next CEO if her husband becomes disabled or deceased in the next ten years, according to the filing. Together they have five kids.

Who Is WeWork Co-Founder Adam Neumann?