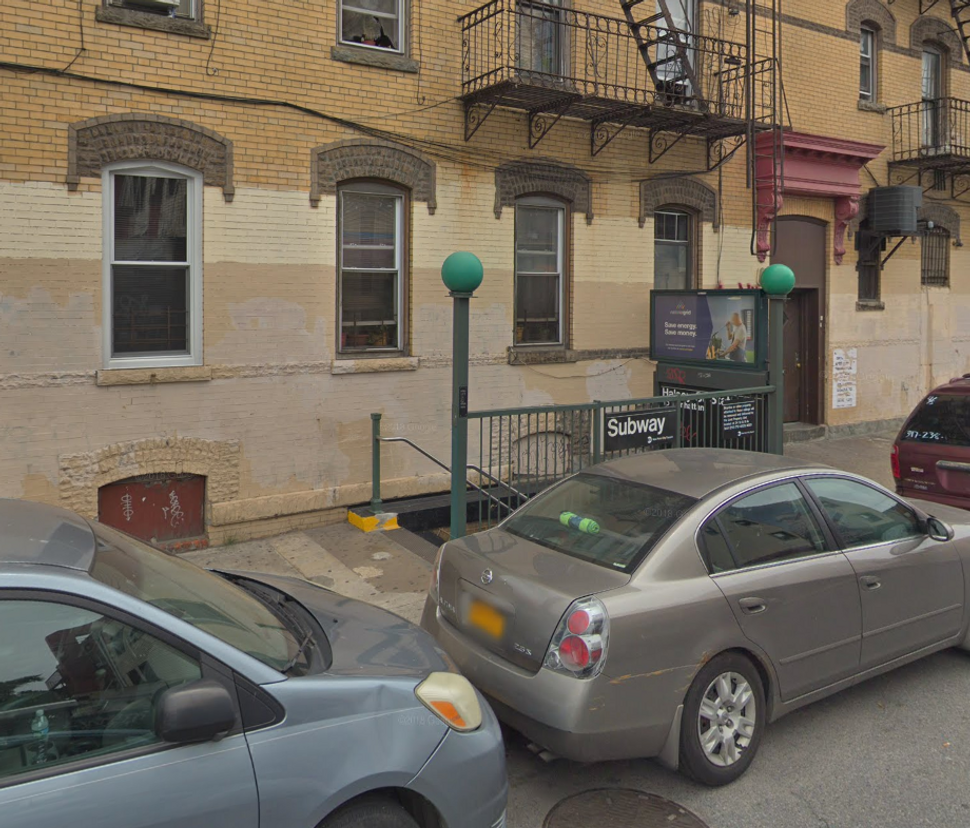 A Google Maps screenshot of the Halsey Street L Train Station, where many of the flyers were found. Image by Google Maps

(JTA) — Dozens of anti-Semitic flyers were found in a Queens, New York neighborhood.

The incident is being investigated by the NYPD Hate Crimes Unit, the Queens Daily Eagle reported.

The flyers were first discovered on Wednesday night.

The image on the flyer shows a man’s head with a kippah on top of it that has a Star of David in the middle. The words “Worthless F—ing Cancer Filled Jew” is printed over the image.

There have been several anti-Semitic incidents in Queens in recent months.